If there’s a Rule 34 for 3D printing, it probably looks like this: If it exists and can be 3D printed, someone out there is working on a way to 3D print it.

That’s why we have 3D printed sex toys; it’s why guys in garages are building 3D printed guns, and it’s why expecting parents can now buy 3D printed models of their unborn babies.

Created by 3D Babies, the 3D printed baby figurines (seen above) give parents a slightly creepy way to hold their babies before the babies are born — and long after they are.

The replicas, which run for $600 a piece, come in three colors (light, medium, dark), two positions, and two genital configurations. This, again, is the power of 3D printing: Small, often one-off batches of products that consumers can easily customize to their liking. 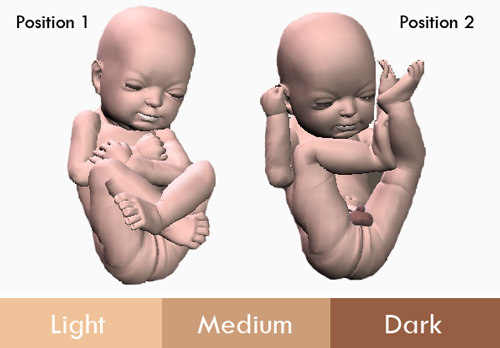 If you think this sort of thing is going to go away, think again. As 3D printing tech gets cheaper and easier to build businesses around, you’re going to see more of this kind of thing, not less.

Here’s the video the 3D Babies team used to promote their Indiegogo campaign back in October.