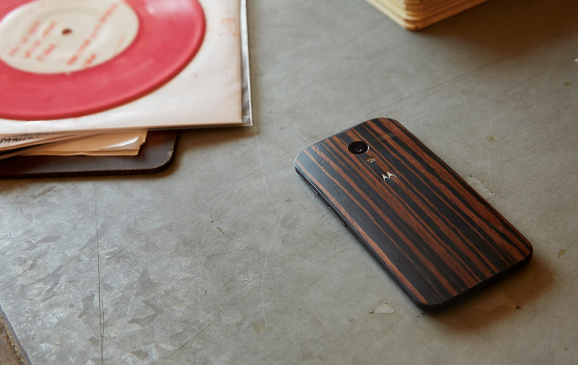 Motorola has announced that it‘s cutting the price of the phone’s wood finish from a $100 premium to a $25 one, meaning that buyers can get a more “natural” Moto X for as low as $425 off-contract.

Motorola only started selling the wood Moto X in the middle of December, so it’s a good sign that it’s already found ways to make the option cheaper.

Alongside the new lower price, Motorola is also introducing three new shades of wood — walnut, teak, and ebony– which join the bamboo option it already offers. Each wood grain is unique, which Motorola says speaks to the unique personalities of the people who own them. Or something.

While Motorola has been aggressively marketing the Moto X since last year, it’s not clear how well that marketing has resonated with consumers. Last we checked, Motorola was still bleeding cash, though we’re going to have to wait a few weeks before we know whether the situation has improved much.