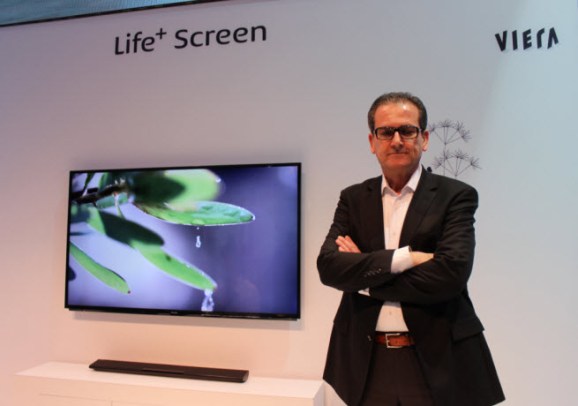 Since 2008, Panasonic has been building Internet connectivity into its “smart TVs.” But connecting a television to the Internet doesn’t by itself make the TV smarter. So Panasonic’s Merwan Mereby, vice president of content and services, is striving to make Internet-connected TVs smarter.

At the 2014 International CES, Panasonic took one step by announcing it would integrate Mozilla’s Firefox browser and Firefox OS into “smart screens,” which would bring smarter Internet capability and a full apps platform to the TV.

The problem with Internet usage on the TV is it is limited to things such as watching Netflix. Meanwhile, we’ve seen an explosion of mobile apps that have become indispensable to smartphone and tablet users. Mereby wants to see the same kind of usage on the TV. He sees that happening by adding web browsers and HTML5 capability, the lingua franca of the web, to TVs.

“That’s one of the main drivers behind this,” he said in an interview with VentureBeat. “We want content developers to create applications for a mobile device or any type of device, then you simply make it scale to the screen size and get it to work on the TV.” 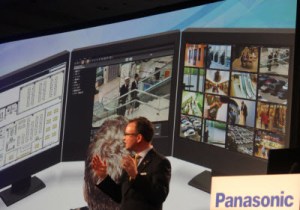 Above: Panasonic wants to make all your screens smart.

Once TV makers and app developers get behind this, “the interactivity and innovation will skyrocket,” Mereby said.

In the past, web browsing on the TV has been a hard experience. Some TVs had Ethernet jacks built into them, but they were slow to open web pages because the TVs themselves had so little memory or processing power available for the task. And users preferred not to string wires into the living room.

Without a format like HTML5, the web-connected TVs didn’t have a common platform for running apps. It was a pain for developers to create apps for particular TV models. There were too many different user interfaces that required developers to tweak their code. And back in 2008, only about 20 percent of new TVs had Internet connectivity. This year, it will be about 70 percent.

“We had five different user interfaces in the past,” Mereby said. “Now we have one HTML5-based platform that applications can target.”

Now, more TVs are shipping with the Android operating system and powerful processors from companies like Intel, Broadcom, and Imagination Technologies. The Firefox browser and its accompanying operating system will be fully capable of running HTML5, and it may also be able to handle WebGL formats, which would allow for better 3D graphics animations.

One of the applications Mereby expects to see booming on the TV is home automation, or controlling things such as your thermostat, security locks and cameras, and other household appliances.

Game consoles can already do most of the things that Mereby envisions for smart TVs. But not every home will have a console or powerful set-top box. For those who don’t have those, the smart TV will be a viable option. Games will be a prime app for smart TVs, he said.

“There’s a natural progression on smart TVs being connected,” he said. “With 4K TVs, we’re going to have very powerful computers inside the TV.”

And if the processor and memory in the TV aren’t powerful enough, cloud-based virtualization, where the app runs in the cloud and is displayed on the TV, can get around the bottleneck of having too little hardware capability in the TV. Sony’s own PlayStation Now service, made possible through its Gaikai cloud gaming service acquisition, is an example of using the cloud to enhance the box.

Cloud gaming has had its hiccups, such as OnLive hitting a wall. But Mereby said, “I would not discount it. The streaming and latency issue will be solved. It comes down to the performance and the processing power. Can it be done on every single screen you have, or do you still need dedicated gaming hardware? If a consumer can buy one screen and it can handle it, they prefer it.”

Panasonic hopes to create a viable platform for apps by creating a user interface on TVs that promotes content discovery. It will be smart enough to make recommendations to you and to help you sort through massive libraries of content in the cloud.

“Content owners want this opportunity, and consumers are looking for it as well,” Mereby said.

The goal for this category is to make it a global platform over time.