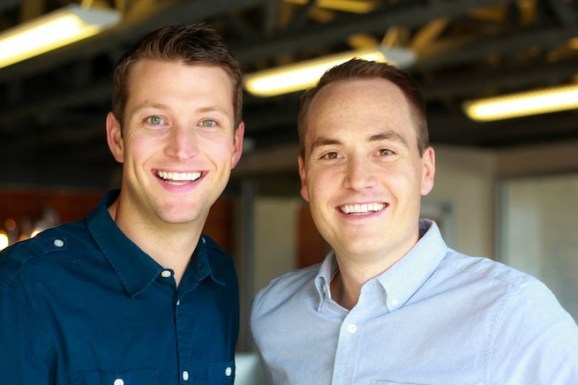 In February, a startup called Outbox launched with aplomb, and it promised to provide a disruptive alternative to the old system of postal delivery.

Just under a year later, the service is shutting down.

The company shared a blog post and FAQ, which explains why founders Evan Baehr and Will Davis are throwing in the towel. It’s elegantly written and well worth a read, particularly if you’re a fellow entrepreneur.

The company had built up a small team based in Austin, Texas, and recruited drivers to deliver mail. It’s not clear whether all the employees have been let go or whether the founders will keep them on payroll in anticipation of a new venture. In the post, the founders hint that this isn’t the end, but they won’t reveal concrete next steps at this stage.

Outbox originally promised to collect and manage people’s physical mail for $5 a month. At that price, the startup grew its user-based to a little over 2,000 individual customers, with 25,000 people on the waiting list.

More: Kiss your postal mailbox goodbye for $5 a month

The founders, former staffers on Capitol Hill who met at Harvard Business School, ultimately realized that “there wasn’t enough demand to support the cost model.” With such high operating costs, the company lost significant money for each customer it gained.

This reminds me of Zipcar, a company that also struggled to make money. Prior to the acquisition by Avis, Zipcar was crippled by the high cost of maintaining its fleet of roughly 10,000 vehicles. When it launched, Zipcar aimed to change the world, but it was never a particularly good business. Likewise, Outbox aimed to do something ambitious by bringing innovation to traditional mail, but the economics didn’t add up.

Outbox raised funding from a number of high-profile early-stage investors and firms, including Peter Thiel-backed Founders Fund, Floodgate, and Correlation Ventures. At its height, Outbox received a firestorm of attention from the press: “It seemed as though everyone knew something about our little company, had seen one of our red-flagged mailbox cars, or had stumbled upon a news story about us. CNN praised us, Jay Leno mocked us, and Pee Wee Herman called us ‘the future’,” the founders wrote.

I highlighted the best bits, but you can read the full blog post here.

After countless hours applying Clay Christensen’s business model theories to our situation, we came to view our failed partnership with USPS as a David and Goliath moment: we believed our seeming disadvantage would become our greatest strength.

Turning our original vision on its head, we reimagined our service as not merely playing in someone else’s value channel, but as a new type of last-mile delivery channel all together: one subsidized by our users in return for collecting and electronically delivering their postal mail. If we could simply break even on the mail business, we would have built a valuable last mile network able to be monetized in many ways.

After several months of testing and refining, we reasonably concluded that we were executing well and collecting good data—it told us that there wasn’t enough demand to support the cost model.

For startups, it’s difficult to know when to throw in the towel. Indeed, the main strategy for most of the life of a startup is overcoming impossible odds, and we built a team that did that over and over again.