Man, first-person shooters sure are a lot harder when they don’t resemble Michael Bay movies.

I mean, I played a round of Battlefield 4 the other day where I shot a guy on the street from the top of a skyscraper with a pistol and then jumped off said building, deployed a parachute, and killed a couple more people during my gentle tip back to the ground.

Then the building blew up.

In Insurgency, a new, competitive first-person shooting experience available now for PC and Mac, nothing like that will ever happen. Instead, combat is more realistic, with tense, intimate firefights occurring much more often than explosions. Still, in a time when every FPS makes you feel like some sort of militaristic superhero, Insurgency’s more grounded gameplay is a refreshing change.

Well, Insurgency’s relatively realistic, anyway. It’s still a video game, but Insurgency looks like a Ken Burns documentary compared to Call of Duty’s and Battlefield’s more Hollywood approach. For one thing, your screen isn’t filled with information. You have no health bar, no compass, no map, and no aiming reticule. Flashy text doesn’t congratulate you after every kill.

And surprisingly, I quickly realized I didn’t need all that clutter. Without it, Insurgency looks cleaner and more authentic than its peers, letting you focus on strategy and action instead of keeping track of an enemy’s location on a minimap in the corner of the screen. 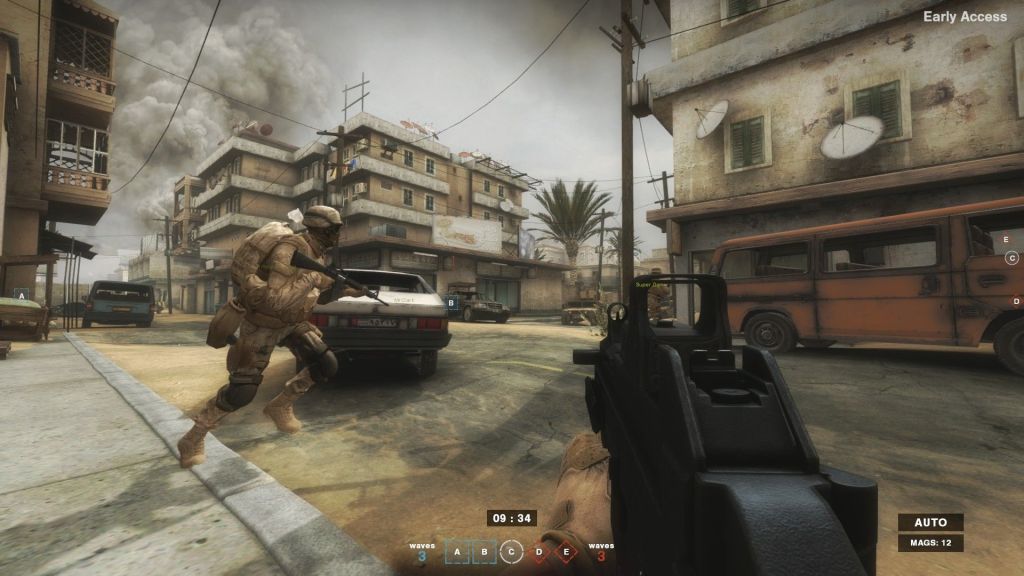 Insurgency also doesn’t have a lot of the flash you see in modern shooters. You can’t call in airstrikes or packs of dogs, nor is a skyscraper going to come crashing down in the middle of a round. Insurgency takes itself seriously, offering a needed contrast to the glitz and craziness of its contemporaries.

At first glance, you’ll want to compare Insurgency to Counter-Strike. Both are competitive, team-based shooters that pit terrorists against counter-terrorist forces, but the two play differently. While you only get one life per a round of Counter-Strike, most game modes in Insurgency permit you to revive your entire team if you complete an objective, like capturing a certain point on the map or destroying a weapon cache.

This dynamic provides for some fun comebacks, since the last person standing could feasibly bring his entire squad back to life with a little finesse and luck. It also means that you don’t have to completely despair if you die during the first minute of a round, since you can still come back and get a shot at redemption.

Limited class slots for each team

Insurgency offers roles like demotion, sniper, and recon, but you can’t necessarily be whatever you want. Each match offers a set number of slots for each class. The available loadouts change depending on the map and mode you’re playing.

While that sounds restrictive, it’s actually brilliant. It means that everyone can’t camp and use sniper rifles on larger maps. It forces diversity, and it makes you focus on performing your role. Carrying a smoke grenade is a lot more important when you’re one of two people on your team who has one.

Besides, you still have some room for customization with each class, usually with weapons. But each serves a specific function, which puts a greater emphasis on team cooperation. 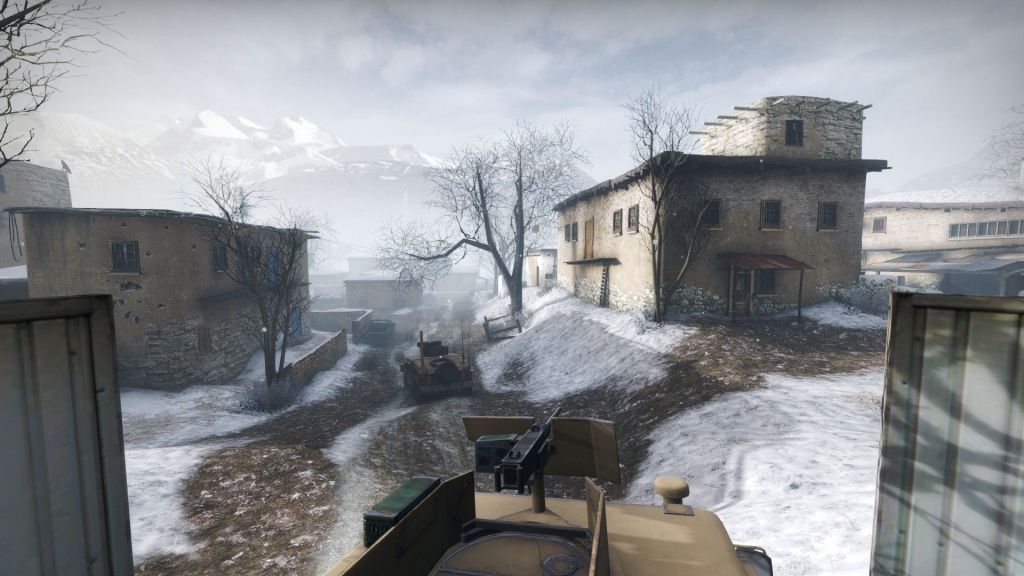 Above: So many places to potentially get shot from.

Since Insurgency is so much more realistic than most shooters, it’s also a good deal more complicated and less forgiving. It doesn’t take more than a few bullets to scratch you, and your health doesn’t regenerate, so you really need some sharp reflexes if you want to get a kill or two before a round ends.

Also, you won’t find any sort of training or single-player mode, so your only option if you want to improve is to jump into some online matches and suffer through some punishment. You can play a cooperative mode against a series of bots, which will increase your gun skills, but you’ll still have a team of disappointed faces looking your way if you’re terrible.

If you, like me, usually play stuff like Halo and Call of Duty, it’ll take you a little time to adjust.

Insurgency was originally a Source-based mod, but this standalone release still uses the almost 10-year-old game engine. As a result, Insurgency isn’t the most-detailed game, with a lot of textures looking flat and dated.

I guess you can argue that war shouldn’t look pretty, and I’m probably spoiled by the shooters I’ve played using CryEngine 3 (like Far Cry 3) and Frostbite (like Battlefield 4), but you won’t find any wow-factor with Insurgency’s visuals. 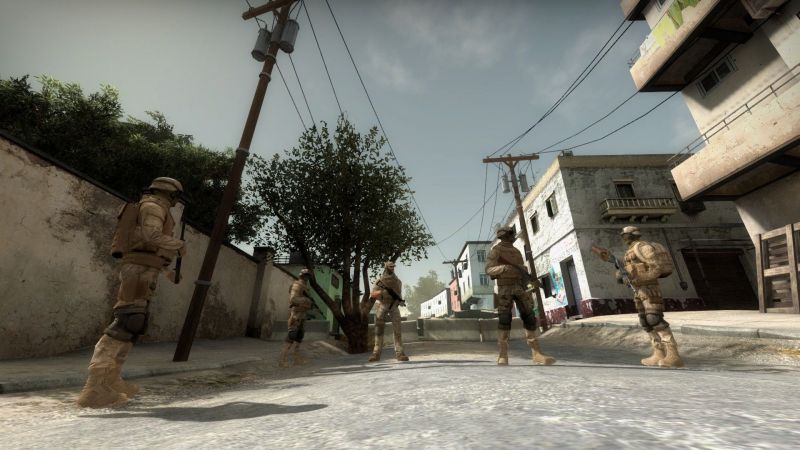 Above: A team is ready to kill or be killed.

Ultimately, Insurgency is going to win fans for its gameplay. The action is highly competitive and focused. It brings me about as close to a real gunfight as I’ll likely ever want to get.

Sure, it doesn’t have the flash that most shooters proudly throw at your face these days, but Insurgency’s quieter, more realistic, and tenser take on modern warfare deserves a look, especially if you’re tired of instant knife kills and exploding buildings.

Insurgency is out now for PC and Mac via Steam. The developer provided GamesBeat with a copy of the game for the purposes of this review.