For advertisers and publishers, native ads check all the boxes: Not only can they be more lucrative for publishers, but they’re also arguably more effective than traditional web ads, which most people are blind to these days.

Which is why it’s not the biggest surprise to see that Sharethrough, an in-feed native ad exchange, is raising another $17 million in debt and equity financing.

ShareThrough’s ad tech helps publishers create and sell ads in their content streams, an approach that’s proven to be particularly effective on mobile devices (as the likes of Facebook and Tumblr have shown). 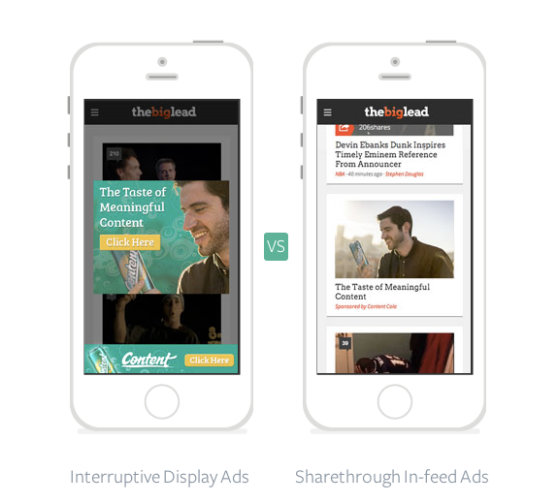 Sharethrough says it plans to use its funding to develop its Sharethrough Advertising Exchange, which has already helped the company sign partnerships with publishers like Forbes, Popular Mechanics, and People.

Existing investors North Bridge Venture Partners and Floodgate led the round, with new investors Elevation Partners, Silver Creek, and Patrick Keane (Sharethrough’s president) joining in. Sharethrough has raised $28 million to since its founding in 2008.