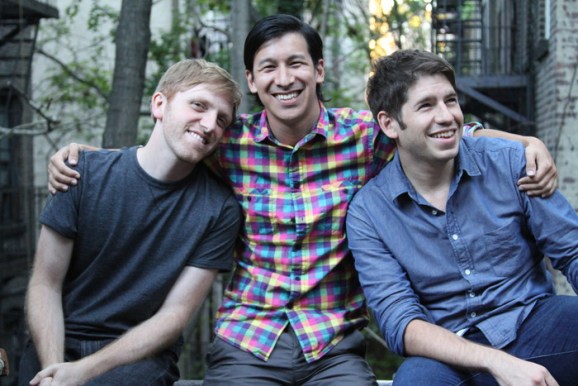 The multibillion dollar crowdfunding industry wouldn’t be where it is today without the people on this list.

They are entrepreneurs, investors, regulators, politicians, analysts, legal professionals, and journalists. Together, their actions and commentary have driven the nascent industry forward.

Using influencer discovery and engagement tools like Traackr, Little Bird, Group High, and Google, the folks behind this list narrowed it down to the top 30 thought leaders. They considered factors like social reach, engagement frequency, citations by financial journalists, and sentiment among industry insiders, among others.

“We looked around and no one has really tried to come up with a list that made sense of the movers and the shakers in the industry,” OurCrowd CEO Jon Medved told VentureBeat. “Like any list, you can always poke holes in it, but I think we’ve got a pretty darn good solution here.”

The top dog turned out to be Perry Chen, the cofounder, chairman, and former CEO of Kickstarter, the world’s largest crowdfunding site. Chen is followed by Naval Ravikant, the prominent angel investor and founder of AngelList, which rolled out an equity crowdfunding service called AngelList Invest in early 2013.

The list also includes many of the politicians, regulators, and industry advocates instrumental to the passage of the JOBS Act, which legalized equity crowdfunding for unaccredited investors. (The Securities and Exchange Commission is currently soliciting feedback on its proposed rules for unaccredited crowdfunding.)

You may notice the top 30 doesn’t include multiple people representing the same organization, excepting the U.S. Congress. That was a conscious choice to ensure there was room for all the important industry figures, explained Medved.

“I think the top of the list are people that I was expecting, but as you get into the latter part, there were people I didn’t know off-hand,” he added. “I’m surprised by how big this community has already become. It used to be a little closed club — the crowdfunding elite, if you will — but it’s booming and so big now.”

Check out the full list of crowdfunding thought leaders below.