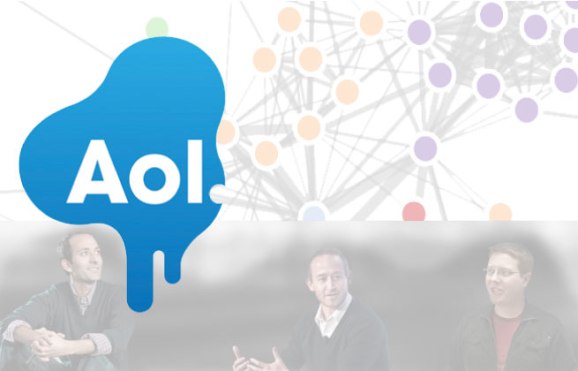 When AOL decides a startup or service is invaluable to its publishing and advertising business strategies, it isn’t afraid to spend money.

The latest example is AOL’s purchase of personalization startup Gravity today for a whopping $90 million in cash. The transaction also includes AOL taking $12 million of net operating losses, which it expects will result in a $5 million cash tax benefit.

Gravity is responsible for building applications that interpret a person’s interests by sifting through a massive amount of data so they can offer a relevant, personalized experience. It does this by building “Interest Graphs” that map out an individual’s interests, preferences, habits, behaviors, and more. The graphs then let publishers assemble both editorial and ad content that’s relevant to its audience. The startup, which previously raised $21 million in funding, first launched back in 2009 under founders Amit Kapur, Jim Benedetto, and Steve Pearman.

AOL chief Tim Armstrong said Gravity will remain intact as a standalone service that will become part of the company’s arsenal of publishing and advertising tools. As part of the acquisition deal, Gravity’s entire team will continue on as part of AOL. The Gravity team will also be responsible for integrating the company’s personalization technology into AOL’s ad products and news publications like the Huffington Post. So, clearly, Armstrong views personalization as the next step in the evolution of publishing.

“The web is moving to the era of personal, and a personal web filter will reshape how consumers get information and services,” Armstrong said in a statement. “Gravity is joining AOL to lead the personalization transformation of AOL’s brands and platform partners.”

The Gravity acquisition comes months after AOL’s purchase of ad tech startup Adap.TV for $450 million. The acquisition also follows AOL’s decision to unload its local news platform Patch, which failed to sustain itself with localized ad revenue after years of throwing money at it.

I can see the personalization elements AOL may have looked for by producing hyper-local news content through Patch. That said, Gravity seems like a better way to carry out essentially the same goal, while also presumably enhancing AOL’s entire publishing ecosystem.

AOL said it expects to close the Gravity transaction by the end of Q1 2014.