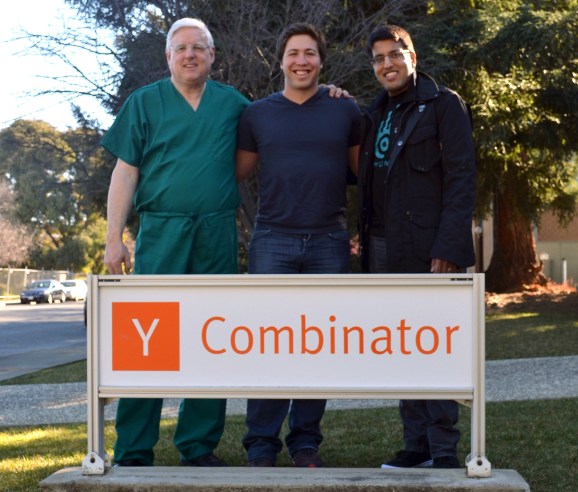 A vaccine for HIV/AIDS has been the holy grail of the medical community for decades, and these guys may have found it.

Immunity Project also launched a crowdfunding campaign using Crowdhoster today with the goal of raising $482,000. This money will help Immunity fund its final experiment using human blood before it begins the first phase of clinical trials.

“This is the ultimate application of informatics to medicine,” cofounder and CEO Dr. Reid Rubsamen said in an interview. “So much vaccine design since 1953 has been based on neutralizing antibodies, but that legacy approach doesn’t work for HIV. The virus is too smart and can mutate so quickly. We are doing something very different.”

When cells are infected by HIV, they send pieces of HIV protein, or “flags,” to their surface for the immune system to identify and attack. However there are hundreds of signals coming from cells, and most people’s bodies don’t have the ability to pick out the HIV cells from all the other noise, except for a small group of people known as “controllers.”

One out of every 300 people living with HIV is a “controller,” meaning they carry low levels of the virus in a dormant state that never turns into AIDS. Their “immunity” to the virus is due to a unique targeting capability in their immune system that enables it to neutralize HIV molecules by hitting them in weak spots.

Immunity’s algorithm sorts through the enormous amount of combinations of HIV genome and human immune system genetic data to figure out how controllers are able to keep HIV dormant.

“All the information from the immune system and the HIV genome generates this really, really big dataset,” Rubsamen said. “We use machine learning to understand what is happening with this dataset and reverse engineer this biological process. Hitting that tiny target is the output of a giant computer science effort.”

The goal of the vaccine is basically to turn everyone into a controller by training the immune system to attack the right targets.

The algorithm Immunity uses was written by Dr. David Heckerman and his colleagues at Microsoft e-Science Research. It is actually based on similar principles to spam filtering software because both spam and HIV “spread rapidly, mutate relentlessly, and have multitude of variations.”

“Dr. Heckerman designed algorithms to find the part on HIV that absolutely cannot mutate — the place where if it changes, the virus stops functioning,” Immunity said on its site. “In both cases, researches are using machine learning to create statistical ways of dealing with large data sets in order to find the needle in the haystack.”

Rubsamen said this is the first vaccine in history developed in this matter and is viewed as a rogue project by the immunology community. That said, early tests on mice have shown “overwhelmingly positive results.”

Rubsamen and Heckerman are both medical doctors and computer scientists. The two went to Stanford Medical School together and have known each other for decades. Rubsamen previously founded Aradigm, a public pharmaceutical company that develops inhalation drug products. He has more than 60 patents for drug delivery technologies and said he is leveraging this expertise to create a nasal spray, rather than an injectable vaccine, which will make it easier to administer in the developing world.

70 percent of all people living with HIV live in sub-Saharan Africa.

Rubsamen said that, unlike retrovrial treatments, Immunity wouldn’t require a lifetime of medication — you could take the vaccine and be done. It also has potential to act preventatively. Plus Immunity plans to make the vaccine free.

However there are still years of work, experimenting, clinical trials, and federal approvals to get through and millions of dollars to be raised. The vaccine has not officially entered Phase 1 yet and hopes to begin clinical trials in December 2014. The third and final phase of clinical trials, and widespread vaccination efforts, wouldn’t happen before 2016.

If it works, this will be a huge victory in the fight against HIV/AIDS and a watershed moment in immunology.

The Immunity Project is a partnership between biotech firm Flow Pharma and digital agency SparkArt. Rubsamen is the CEO of Flow Pharma, and cofounder Naveen Jain is the cofounder of SparkArt. Microsoft Research contributed $1 million to the project in 2011.