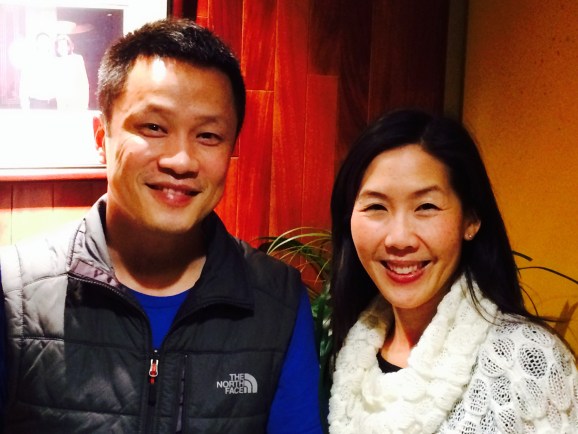 Glow, the fertility app from PayPal cofounder Max Levchin, claims it has helped thousands of women conceive since launching in August of 2013.

But the company is no longer just catering to women who are trying to get pregnant. As of today, women who download the app will be presented with three options: “trying to conceive,” “considering pregnancy,” and the biggest change — “not trying to conceive.”

On Glow, women can track their fertility data, and the team of data scientists will then crunch the data to better inform women of their fertility window. Glow can help women who aren’t trying to conceive keep track of their menstrual cycle and can provide them with relevant health information.

Glow isn’t intended to be a diagnostic tool or an alternative to a doctor’s visit, but it can offer helpful health recommendations. It also offers a community forum that women use to share tips and advice as well as ask questions about their pregnancy. “Glow has been a great forum for women who need emotional support or a second opinion,” said Jennifer Tye, the company’s marketing lead.

MORE: This app can help you get pregnant

In an interview, chief executive Mike Huang hinted that Glow will ultimately position itself as a more general women’s health application. The company also has an Android app currently under development.

Glow’s team consists of a variety of entrepreneurs, data scientists, and medical experts. The app doesn’t make sweeping assumptions about women; it was designed to take each individual’s health needs into account. For instance, not every woman experiences a 28-day cycle, and the app takes that into account. Glow also integrates with MyFitnessPal to incorporate data about meal intake and fitness levels, which will impact a woman’s likelihood of conceiving.

With this data, the app can make personalized recommendations for women who are trying to conceive or get healthier. It offers an “Insights” feature and will prompt its users to see a physician if they are likely to suffer from a condition like Polycystic ovary syndrome (PCOS). According to Tye, it took one user’s doctors nine years to properly diagnose PCOS.  In only a few months of using Glow, the app was able to detect the symptoms. Another insight might reference how Vitamin B6, found in fish like salmon, can help relieve exhaustion for some women.

The company hasn’t revealed details on how it plans to make money at this stage, although Huang did say they are considering a new insurance model. He stressed that the company would never consider selling women’s health information to pharma giants. For now, he explained, the team is singularly focused on developing the product.

Levchin is highly involved with the app as the company’s executive chairman. At a recent conference, he described fertility as “ridiculously 15th-century” and explained how a richer understanding of data can help women conceive. Levchin is passionate about using big data to solve real human problems.