Sports games aren’t often made “for people who don’t necessarily like sports,” but that’s how developer Ludometrics is pitching Bodycheck, its upcoming multiplayer title for PlayStation Vita. Good, because I really hate sports.

“I suppose if you really don’t like sports, then I’ll have a hard time in making Bodycheck appeal to you,” David Thomson, the cofounder of Glasgow, Scotland-based Ludometrics, told GamesBeat. “The point is that this isn’t a sports simulation — it’s more like a fighting game or a twitch shooter. So if you like that kind of thing, then Bodycheck is worth checking out.”

Bodycheck (due Q3 2014) is basically medieval football with magic — both soccer, which Thomson says has a certain fluidity he likes, and the American kind, which is dramatic and fierce. In the 15th and 16th centuries, villages played against each other for days until no one was left standing. King James I of Scotland actually tried to ban Scottish football (a primitive soccer where players used their hands) because it was so brutal, said Thomson.

“It’s a pretty short leap from there to combine it with the tales of magic and sorcery from that era as well.” 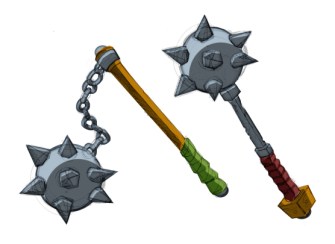 Above: One of the ways you’ll destroy your opponents in Bodycheck.

“You don’t call plays as in Madden, for example,” Thomson said. “So you control an individual player at any time, looking to get control of the ball, and if you already have the ball, your one aim is to score points by putting it in an opponent’s goal. Simple, really. That said, a valid tactic in the game is to score points by making the knock-out blow on an opponent player character.”

Bodycheck isn’t bound by the rules and restrictions of actual sports, which means Ludometrics doesn’t have to design for realism. Its three- and four-team matches probably wouldn’t be possible in real life. “It probably does mean we’ll wrestle with the main categorization, though — should it be sport or should it be action?” said Thomson.

So maybe plain ol’ “sports game” isn’t the best way to describe Bodycheck. “I think it can be described in either way: a fast-action sports game or an action game structured like a sports game. Fighting games like Tekken or Street Fighter are probably the closest analogues in terms of product structure, I think, rather than something like FIFA.”

Ludometrics is hoping it can bring an element back to the sports genre that’s been missing for years. 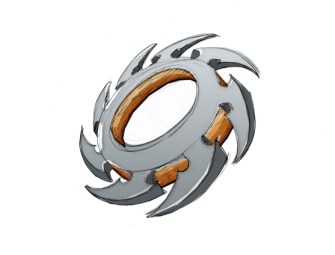 “The easiest way to frame it is in the difference between going to a live sporting event and simply watching it on the TV or whatever,” said Thomson. “Being there is completely different to watching on TV. It’s far more intense, even if you don’t care who wins.

Fans will still recognize Bodycheck as a sports game mostly because of the scoreboard and onscreen information, which Thomson says will help anchor the experience. The familiarity will help players find their footing.

While it might seem better suited to consoles, maybe Bodycheck would only get lost in the sea of realistic sports games. That’s one possible reason Ludometrics might be turning to the PlayStation Vita as its target platform. 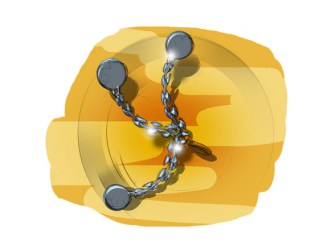 “Vita right now feels to me like Xbox Live Arcade did a few years ago, where you can bring those games and if you do a good job, that gives you the chance to make the next one,” said Thomson. “I’m thinking of companies like Chair, Team Meat, [and] NinjaBee, among others. My instinct when approaching Sony was that this was the right time for us to do this game on that platform because I think it’s going to do well this year.”

Thomson couldn’t go into detail about the multiplayer modes yet, but he said that Bodycheck will support both local and worldwide play over the PlayStation Network. The element of the fantastic — the foul play and sorcery — will hopefully convince both sports lovers looking for something different and sports haters that Bodycheck is worth a go. It’s the same transformation that puts games like Mutant League Hockey on a separate level over regular hockey.

“I’m far more likely to play a Mario Kart or Blur versus a racing simulator,” Thomson said. “I don’t actually care that much for driving in real life — I’m happy to drive when needed, but I don’t own a car — so I certainly don’t want to simulate the experience!

“I think the experience changes because it brings in an extra element of the unpredictable to play. What power-up does my opponent have? Am I going to be able to dodge it? What do I have that I can use on them first? And especially when the action doesn’t stop, so you have to almost react without thinking to develop your tactics and strategy. That’s the aim, at least!”