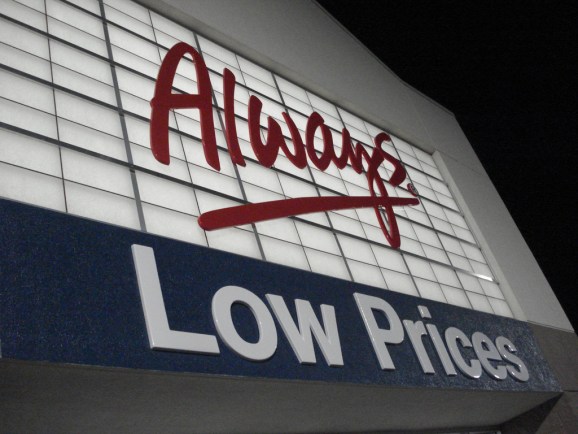 Microsoft is not about to be made irrelevant in the cloud game.

The software giant will go lower its prices below Amazon Web Services (AWS) for some of the same types of storage services that AWS lowered its prices on last week. That’s according to a blog post Microsoft issued this morning.

“We’re also making the new prices effective worldwide, which means that Azure storage will be less expensive than AWS in many regions,” wrote Steven Martin, the general manager of business planning and strategy for Microsoft’s Windows Azure public cloud.

The price drops, which go into effect on March 13, apply to Azure’s Block Blobs Storage and its Locally Redundant Disks/Page Blobs Storage. The price for transactions to and from all of Azure’s storage services is getting cut in half, too.

Lowering prices in an attempt to undercut competitors — or at least remain comparable — is a classic move. While Amazon has become famous (or infamous) for it, with Rackspace, Google, and IBM have also engaged in it.

Microsoft last year said it would keep its prices for the most basic cloud computing services exactly in line with Amazon.

With this latest announcement, Microsoft might grab a slight lead on storage pricing. But if you zoom out, you’ll see that Amazon should remain the top public cloud in the near future. Perhaps differentiating products and features could help strengthen Azure more in the long-term than making price cuts.

Microsoft has been exploring ideas such as letting customers place bids for cloud workloads based on their performance needs. Company researchers have applied for a patent along those lines. But to date, Microsoft has not said anything about whether it could get implemented.

So in the short-term, discounts will have to be Microsoft’s most visible weapon in the cloud wars.