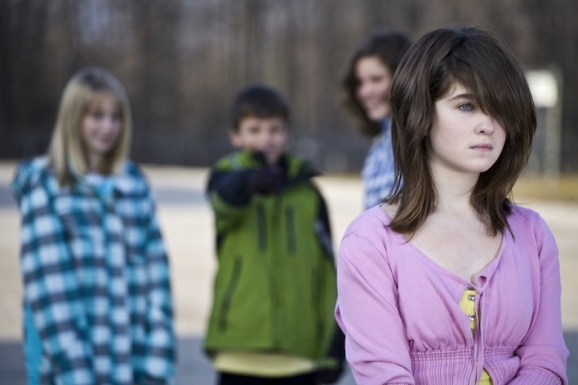 Bullying is a destructive disease that the Internet has made stronger, shrewder, and more pernicious.

Kids (and adults) have bullied each other for centuries, but social media and smartphones have changed the ways they pick on others. StopIt launched an anti-bullying app today that gives students, schools, and parents tools to stand up against cyberbullying.

“With the mass adoption of social media, cyberbullying has become so prevalent that it affects an absurd amount of children,” founder Todd Schobel told VentureBeat. “StopIt’s approach to cyberbullying is different from the recent, somewhat controversial approach of monitoring — or spying on — kids through their social media pages. StopIt is poised to create a culture where children feel empowered to take action when being cyberbullied or viewing as a bystander.”

StopIt has separate versions of the app for individuals and schools and it is available on both iOS and Android. The student version costs $9.99. For schools, it charges per student. To support school adoption, the company also built an incident reporting system, which Schobel said can help school districts lower their insurance premiums.

StopIt takes a four-pronged approach using features that are customizable for each child. Bullied kids can capture offensive material using the the StopIt button and forward it to authorized adults. When a message is reported, the app then automatically sends a return message to the bully, telling them to stop the harassment and that school officials have been notified.

The app offers other ways to deal with bullying. Its HelpIt button connects students with support organizations who can help them cope with their experience. When students see someone else getting bullied, they can anonymously report the incident using the FriendIt button to become an “upstander” rather than a bystander.

Finally, the ReportIt button is for securing protection when cyberpredation escalates to a dangerous level. That evidence gets reported to adults — and potentially to law enforcement.

“There are countless online platforms that give children the opportunity to hide behind their smart phones and computers to victimize others,” Schobel said. “My goal is to empower children with an outlet in which they feel safe to stop it. Children will go so far as to take their own lives when dealing with the emotional consequences of cyberbullying and I want to put an end to it.”

Bullying is a serious and widespread issue — and it’s getting worse.

An estimated 160,000 children miss school every day due to fear of attack by other students, and 15 percent of all school absenteeism is directly related to fears of bullying. American schools harbor approximately 2.1 million bullies and 2.7 million of their victims — 1 in 7 students in grade school is either a bully or victim of bullying.

Fifty-six percent of students have personally witnessed school bullying, and 71 percent say bullying is a problem at their school. Thirty-two percent of victims engage in harmful behaviors.

Amid these startling numbers, only 1 in 10 victims will report it to a parent or trusted adult.

The smartphone has become the bully’s favored instrument. If the way that bullying is happening has changed, so must the methods of fighting it, and a number of other anti-bullying apps have cropped up. Stop Bullies, Back Off Bully, BullyBlock, and Bully Button all enable kids to report bullying to parents and teachers. Facebook even launched an anti-bullying page in its Family Safety Center.

Schobel was inspired to create StopIt after listening to a radio interview about a young girl who was viciously bullied on social media and committed suicide. He worked with schools, parents, teachers, students, and law enforcement officials to create a more comprehensive set of tools to stop cyberbullying “at its roots.”

StopIt launched in beta for schools last month, and the company is now implementing its program and adding more school districts. It is currently bootstrapped.