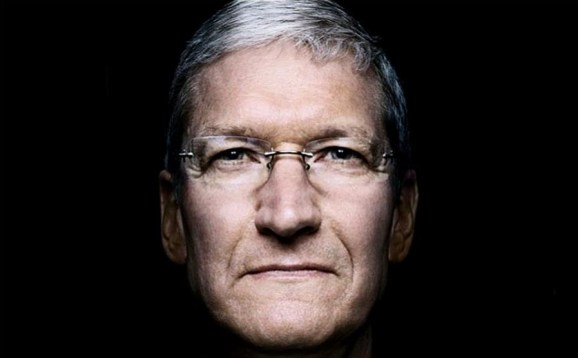 But unless the government lifts the “gag order” it’s placed on Apple and other technology companies, Cook can’t tell us much about the type and amount of data Apple shares with the National Security Agency. If he could be more transparent, he said, that “would help put everything in perspective.”

“We need to say what data is being given, how many people it affects, how many accounts are affected,” said Apple’s chief executive in a recent interview with ABC News. “We need to be clear and we have a gag order on us right now, and so we can’t say those things.”

Cook will “absolutely” push Congress for more transparency, he promised. He’d certainly like to clear up a few things about Apple’s relationship with the NSA.

“Much of what has been said isn’t true,” Cook asserted. “There is no back door. The government doesn’t have access to our servers. They would have to cart us out in a box for that — and that just will not happen. We feel that strongly about it.”

Cook was one of 15 tech industry executives pushing for government surveillance reforms during a late December meeting with President Obama. During that meeting, Zynga chief Mark Pincus asked the President to pardon former NSA contractor Edward Snowden. The President said he couldn’t do that but reiterated his belief in “an open, free, and innovative Internet,” according to a White House statement released after the meeting.

Cook wasn’t questioned about an NSA program called “DROPOUTJEEP,” which reportedly gives the agency access to just about any data on the iPhone, including text messages, contact lists, geolocation history, and voicemail. After the program was uncovered, Apple released a statement saying it was unaware of the “alleged program,” and that it’s never worked with the NSA to create a backdoor for any of its products.