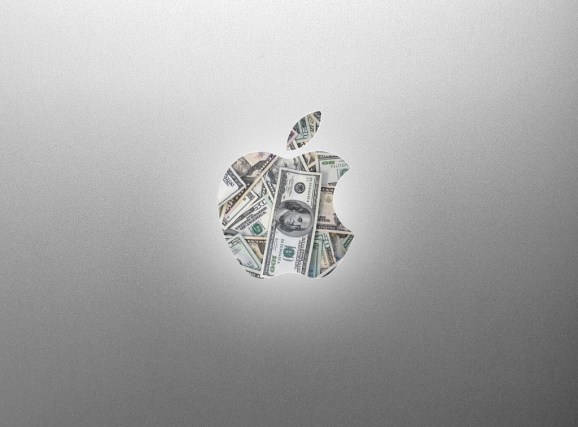 Apple has already laid the groundwork for a strong mobile payments service.

The Cupertino-based tech giant has sold well over 500 million iPhones and iPads to date. The company has hundreds of millions of credit cards on file for its iTunes stores. If you own an iPhone 5S, it can use your fingerprint to confirm purchases. With iBeacon, it can even determine where you are inside a store.

Now Apple may tie those elements together to challenge companies like PayPal, Square, and Stripe in the mobile payments business.

App Store chief Eddy Cue has met with numerous payments executives to discuss the company’s interest in building a payments business for physical goods and services, according to the Wall Street Journal. Apple is said to have met with at least five payments industry executives but reportedly tapped Jennifer Bailey, head of the company’s online store, to build the new business.

The push toward an expanded mobile payments service isn’t an entirely new effort inside Apple, according to the Journal. In 2012, the publication reported that Apple began exploring mobile payments in 2011, even working on a “wallet app.” But Apple ultimately scrapped the project over concerns about near-field-communication tech’s battery drain — and about customer perception (vice president Phil Schiller feared that people might blame Apple for a bad experience with a merchant).

Mobile payments is an increasingly hot business. Americans spent around $12.8 billion through mobile devices in 2012, and research firm Forrester expects that figure to jump to $90 billion by 2017.

Mobile payments technology is still “in its infancy,” Apple CEO Tim Cook told investors on an April 2013 conference call. The implication: If anyone has the resources, technology, and underlying advantages to create a compelling mobile payments service, it’s Apple.

Outside Apple’s own digital wares, the company’s foray into mobile payments has so far been limited to Passbook, its built-in app for storing mobile coupons, gift cards, electronic tickets, and making mobile payments by proxy. It’s unclear whether a new mobile payments effort would build on Passbook or take the form of a separate wallet app.

An Apple representative declined to comment on the company’s mobile payments efforts.