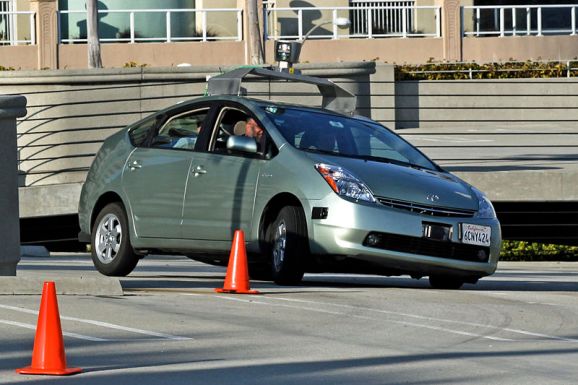 Look out Uber, Lyft, and other ride sharing services. Google could be jumping into your industry — sort of.

Google is rightfully credited for its out-of-the-box thinking when it comes to providing free (or nearly free) services that are ultra useful to consumers. Now the company has been granted a new patent for advertisements that give consumers the option of a taxi service that would transport them to physical stores.

The patent involves a combination of self-driving cars and algorithms that automatically compare the cost of transportation and the potential profit from a completed transaction to determine if such a ride will be lucrative to the business. I’d imagine there might be other requirements put in place to ensure those who are getting a ride actually plan to buy something from the store fronting the bill via the ad. Consumers can use the service via a “get me there” button located on or near a web ad spot.

This is kind of an awesome idea, and one that’s likely to benefit those living in big cities where tons of shops are within a few miles. It also makes sense for Google, which has plenty of traffic and location data logged from its Maps and direction services. The biggest hurdle would be getting the proper nods from city officials, which could be much easier as local governments continue to pass laws on driverless vehicles.

Via TechCrunch, The Verge