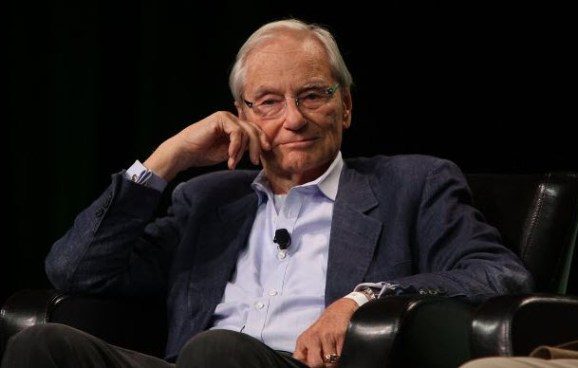 Tom Perkins, the 82-year-old cofounder of famous Silicon Valley venture capital firm Kleiner Perkins Caufield & Byers, didn’t make any friends yesterday with a letter to the Wall Street Journal that compared critics of the rich to the persecutors of Jews in Nazi Germany. And KPCB itself has distanced itself from him.

The swift criticism of Perkins’ letter shows the sensitivity in the tech world to the issue of fairness toward the poor, particularly in San Francisco, where the growing affluence of tech citizens is raising rents and driving out longtime residents who are part of the 99 percent.

Perkins criticized the Occupy movement and those protesting Google buses. He said the “progressive radicalism” against the rich could instigate a new “Kristallnacht,” or the “night of broken glass” when the Nazis rounded up Jews in pre-World War II Germany and Austria in 1938. About 91 Jews were killed in the attacks, and 30,000 were arrested.

In a tweet, KPCB said, “Tom Perkins has not been involved in KPCB in years. We were shocked by his views expressed today in the WSJ and do not agree.”

Clearly, the venture firm that backed companies like Google, Amazon, and Genentech doesn’t want to embroil itself in a debate that will cost it some venture business.

In a reply, one Twitter follower said, “Way to throw one of your founders under the bus. Politely saying the current firm has different views would have been preferable.”

In a response to KPCB, Perkins told Bloomberg in an email, “Our philosophies and strategies have drifted so far apart now my name means little on the door.” He didn’t back off on the comparison in that email. He said, “In the Nazi era, it was racial demonization. Now it is class demonization.”

Another Twitter follower noted that Perkins is still technically a founder. Valley Wag said Perkins wrote a “disgustingly tone-deaf” statement. It reduced Perkins’ position to saying, “Criticizing the techno-affluent, and their at times unwanted transformation of San Francisco, is tantamount to one of the most horrific events in Western history. A critique of hubristic, tech-enabled culture shift is put on the same moral grounds as a nightmarish assault against Jews and Jewish-owned property.”

Salon ran a picture of Michael Douglas, the bad guy in the Wall Street movies, on a story headlined, “Wealthy venture capitalist Tom Perkins says the 1% in America are treated like Jews in Nazi Germany.”

Some Twitter followers defended Perkins’ right to free speech, but others argued that his casting of the rich as victims on the order of the persecuted Jews shows no sense of proportion and diminishes the suffering of the Jews under Nazi rule.

The attitude expressed by Perkins is the opposite of that expressed by Marc Benioff, founder of Salesforce.com, in an interview with the Los Angeles Times published last week. Benioff criticized the tech industry’s stinginess in San Francisco.