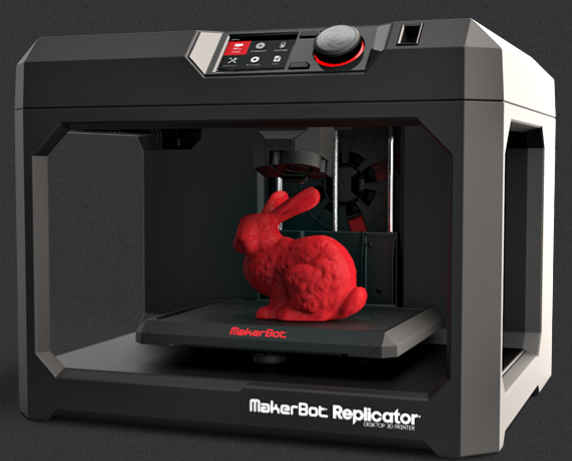 3D printing may have crossed the threshold into the mainstream following a series of recent developments — including Monday’s announcement that Dell will now be carrying MakerBot 3D printers and scanners.

The MakerBot products will be in offers with Dell Precision workstations. The company is targeting engineers testing product concepts, architects creating design models, and startups toying with product designs.

The last few weeks have seen a flurry of 3D printing announcements. Earlier this month, a kind of Rubicon was crossed when Adobe, whose software essentially started the desktop revolution, announced that its Photoshop program will now support 3D printing. 3D designers can define an object from scratch using Photoshop tools or import a model from another application, and MakerBot’s printers are among those it supports.

In what can only be described as sweet news, the Hershey Company said last week that it was working with printer manufacturer 3D Systems to develop ways for using 3D printing to “print” edible food — including, of course, candy.

‘3D printer on every desktop’

In November, Staples said it will start rolling out in Europe a low-cost, in-store 3D printing service, using the Mcor IRIS printer. Additionally, the Shapeways 3D printing community and marketplace is up and running, 3D models can be sent to the Sketchfab publishing service and the artists site Behance is accepting 3D work.

MakerBot CEO Bre Pettis told VentureBeat that the Dell announcement “is pretty big,” as has been the recent news coming out of his company — several new printers, a new app, and a 3D desktop scanner for creating a digital model of an object without designing.

While Photoshop support was about “empowering people to create 3D models,” Pettis said, the Dell deal “is about getting access to printers.”

The Dell sales channel, he added, “has lots of professional customers using workstations” and represents “just one more step toward putting a 3D printer on every desktop.”

If this much has been happening in 3D printing in the last few months, what will the budding industry look like a year from now? Pettis recalled that “when we started the company, we had to explain what 3D printing was.”

But by early 2015, he predicted that “you or someone you know will probably have a 3D printer.”