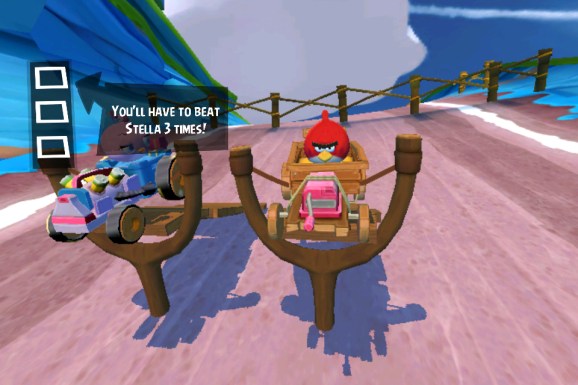 Angry Birds in the latest game from Rovio.

In his latest revelation, Snowden claimed that the NSA and other spy agencies collect data from smartphone and tablet apps like Angry Birds, according to the New York Times. Today, Rovio, the developer responsible for Angry Birds, is denying that it provides data to any U.S. government agency. Instead, the company is pointing a finger at third-party ad agencies used in apps and sites across the Internet.

“[Rovio] does not share data, collaborate, or collude with any government spy agencies, such as the NSA or [the United Kingdom’s Government Communications Headquarters], anywhere in the world,” reads a blog post on the company’s website. “The alleged surveillance may be conducted through third-party advertising networks used by millions of commercial websites and mobile applications across all industries.”

The Snowden report claims that apps are easy targets to gather data. Spy agencies can get info like the phone model a person owns or the size of the screen. The whistleblower also claims that the NSA and GCHQ can also get personal information like age, gender, and location. Alarmingly, the data can sometimes indicate a person’s sexual orientation or proclivities. U.K. news site the Guardian gave the example of an app noting whether an individual engages, such as swinging.

“Our fans’ trust is the most important thing for us, and we take privacy extremely seriously,” Rovio chief executive Mikael Hed said in a statement. “As the alleged surveillance might be happening through third-party advertising networks, the most important conversation to be had is how to ensure user privacy is protected while preventing the negative impact on the whole advertising industry and the countless mobile apps that rely on ad networks.”

Hed said that Rovio will reevaluate its current relationships with its advertising partners to determine if they are the target of spying.

Online advertising networks, like the kind that app developers employ, use personal identifying data to better target commercials. Knowing an Angry Birds players’ age, gender, and location can help networks provide sponsored placements that are more likely to connect and generate revenue. That’s also the kind of information that spy agencies can use to fill out their databases.