Updated at 2:40 PM pacific with an emailed comment from Clinkle CFO Mike Liberatore

Clinkle, the stealthy payments startup with a giant seed round in its coffers, is bringing on a payments veteran as its new chief financial officer.

The company today announced the arrival of Mike Liberatore, who headed up enterprise and North American financials at PayPal. Before joining PayPal in 2009, he worked in various financial roles at eBay, Adobe, Intel, and HP.

“The recipe for success in this competitive market of mobile payments calls for breakthrough technology, an innovative vision, and brilliant leaders,” said Liberatore in a statement. “I’ve found that here at Clinkle, and I’m thrilled to join the team.” 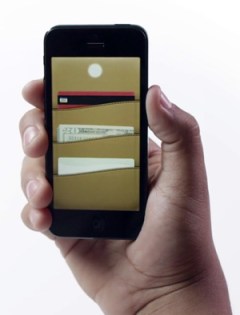 Above: A still of the Clinkle app.

The San Francisco-based Clinkle aims to fundamentally change the mobile payments industry, though right now we don’t know much about its forthcoming product. Founder Lucas Duplan told VentureBeat it’s built on a “technological breakthrough” that overcomes the challenges facing digital wallets from the likes of PayPal, Google, and Square.

“Clinkle is exciting because we’re chasing a huge opportunity where there is no clear winner yet,” Liberatore told VentureBeat in an email. “Clinkle is different in that our sole focus is to create a mobile wallet for day-to-day transactions. We’re putting all of our energy into perfecting the moment when two people transact.”

For a fairly new startup, Clinkle has attracted a huge amount of investor interest. In June, the company announced it had raised $25 million in seed financing from backers like venture capital firm Andressen Horowitz, PayPal co-founder Peter Thiel, and Salesforce CEO Marc Benioff. After seeing a demo of the product in action, they were ready to open up their checkbooks.

That massive seed round enabled the team to scale up quickly. It grew to about 70 employees in September, though it now employs around 50 after cutting back in December. Its executive team contains a number of Netflix alumni, including Clinkle’s chief operating officer Barry McCarthy, who previously served as Netflix’s chief financial officer.

Clinkle plans to launch its payments platform sometime this year. Taking a note from Facebook, Clinkle intends to introduce the platform to tight-knit communities first and “upscale from there.” It’s hinted at some reward features and social components that add additional value to the payments experience.

“To do this right, you have to create a product that is an order of magnitude better than a status quo for both merchants and consumers,” Clinkle’s founder told us last year. “The new value proposition is not just that you don’t need to carry around your wallet. Clinkle is not just an incremental improvement upon what currently exists — it fundamentally surpasses what we’ve been able to accomplish.”