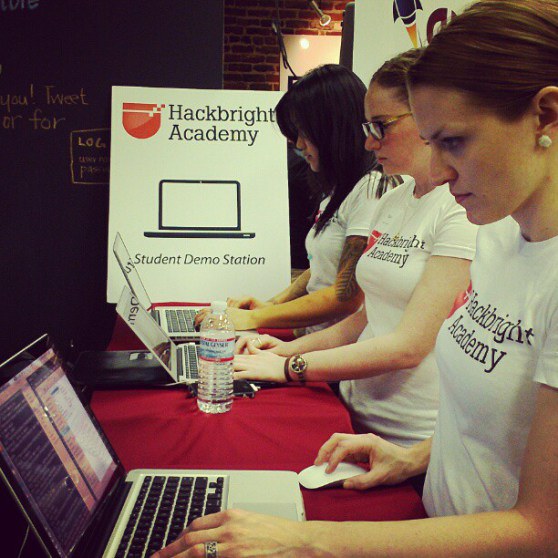 A handful of California coding bootcamps are fighting for survival after receiving a stern warning from regulators, VentureBeat has learned.

In mid-January, the Bureau for Private Postsecondary Education (BPPE) sent cease and desist letters to Hackbright Academy, Hack Reactor, App Academy, Zipfian Academy, and others. General Assembly confirmed that it began working on this issue several months ago in order to achieve compliance with BPPE.

MORE: California bootcamp will work with regulator: ‘Whatever the cost — it’s worth it to satisfy the state’ (interview)

BPPE, a unit in the California Department of Consumer Affairs, is arguing that the bootcamps fall under its jurisdiction and are subject to regulation. BPPE is charged with licensing and regulating postsecondary education in California, including academic as well as vocational training programs. It was created in 2010 by the California Private Postsecondary Education Act of 2009, a bill aimed at providing greater oversight of the more than 1,500 postsecondary schools operating in the state.

These bootcamps have not yet been approved by the BPPE and are therefore being classified as unlicensed postsecondary educational institutions that must seek compliance or be forcibly shut down.

“Our primary goal is not to collect a fine. It is to drive them to comply with the law,” said Russ Heimerich, a spokesperson for BPPE. Heimerich is confident that these companies would lose in court if they attempt to fight BPPE.

Heimerich stressed that these bootcamps merely need to show that they are making steps toward compliance: “As long as they are making a good effort to come into compliance with the law, they fall down low on our triage of problem children. We will work with them to get them licensed and focus on more urgent matters,” Heimerich said.

Jake Schwartz, chief executive of General Assembly, recommended that companies work closely with BPPE. “We see government as a stakeholder — along with our students,” he said in a phone interview.

The coding bootcamps met Wednesday afternoon to plot a course of action.

Anthony Phillips, cofounder of Hack Reactor, said the founders of these bootcamps are not averse to oversight and regulation in principle. “I would like to be part of a group that creates those standards,” he said in an interview at the Hack Reactor offices in downtown San Francisco. “However, what that looks like and what makes sense for our schools is not necessarily going to fit in the current regulations.”

Phillips’ cofounder at Hack Reactor, Shawn Drost, added: “We’re taking this seriously, but our legal and policy advisors are confident in a positive and rather conventional outcome.”

In the learn-to-code movement, online schools and in-person courses are springing up to meet a huge need for more developers across a wide range of industries. For a price, these schools offer training in digital skills, such as software development, data science, and user experience design.

The programs typically last 10 to 12 weeks. Potential recruits are often told that they have a shot at a job or internship at a competitive tech company like Facebook or Google. Tuition costs vary widely. At Hackbright Academy, it’s $15,000 for a 10 week program. Full scholarships are available, and students who land a job at a company in the Hackbright network can request a partial refund. At Hack Reactor, where tuition costs over $17,000, 99 percent of students are offered a job at companies like Adobe and Google. According to Phillips, the average salary for a computer scientist at these firms is over six figures.

Many of these boot camps have a strong social purpose: They specialize in bringing diversity to the tech sector and in helping underemployed or unemployed Californians find jobs. Hackbright, for instance, specializes in teaching women to code so they can compete for lucrative computer engineering jobs.

These bootcamps claim to be doing something innovative for which BPPE’s regulation is not applicable. But BPPE’s point of view is different: It is treating them in a similar manner to any other trade school and online education program.

The bootcamps fear that they will go bankrupt as regulatory processes can take up to 18 months.

This isn’t the first time that tech startups have clashed with regulators. The battle with BPPE is reminiscent of the FDA’s crackdown on 23andMe, which seems to have stemmed from the genetic-testing company’s unwillingness to submit its DNA tests for FDA approval. Similarly, Lyft, Uber, and Sidecar have been fighting with transit authorities around the country, with cities arguing that these companies should be regulated as taxi companies.

Startups argue that regulators are holding back innovation; regulators believe that consumer safety and fraud prevention is at stake.

The Bureau for Private Postsecondary Education (BPPE), a California regulatory agency under the Department of Consumer Affairs, has contacted us regarding our status under their regulations.  We welcome appropriate oversight in our fledgling industry, and are in close discussions with the BPPE to define our classification and take appropriate next steps.

The assembled companies are App Academy, Dev Bootcamp, Hackbright Academy, Hack Reactor, and Zipfian Academy.  Since 2011, our workforce development programs have been operating in California, offering hands-on training for coding novices.  Thousands of individuals have participated, often finding high-paying employment in the field, and the programs themselves employ hundreds of individuals.  We are a valuable, thriving, and well-intentioned sector of California’s economy and workforce development, and our programs offer high-demand skills training to unemployed and underemployed Californians.