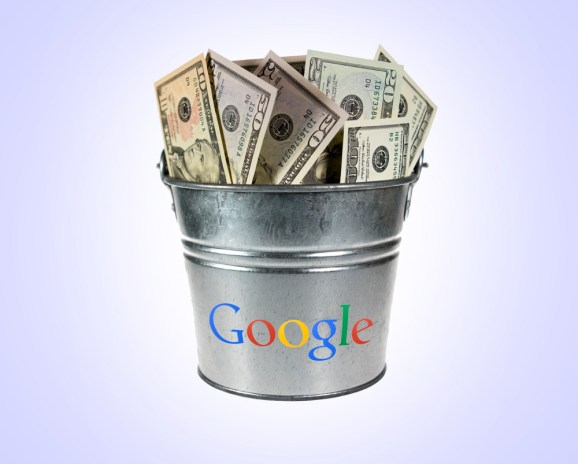 A patent troll just scored a huge win against Google.

It’s the kind of massive payout the publicly-traded Vringo was seeking. In 2011, the company purchased two patents involving the ranking and placement of ads in search results from Lycos, an old search engine, which it used to sue Google. After a late 2012 trial in Virginia, a jury found Google guilty of infringing on those patents and ordered Google and several of its advertising partners to pay Vringo $30 million. The jury also determined that Google should pay an ongoing royalty to Vringo, though it was up to Judge Jackson to determine whether that should stand.

Google modified AdWords following the Vringo verdict, but Jackson last week determined that the new system “clearly replicates the infringing elements of old AdWords.” After Google and Vringo failed to agree on a royalty rate, Jackson set it himself at 1.3585 percent, which is effectively the rate Vringo had requested.

Google will likely appeal, but if the rate stands, the search giant will have to fork over hundreds of millions to Vringo over the next few years. Google doesn’t provide clear information on how much revenue AdWords generates, but Ars Techinca did some rough calculations to arrive at a $15 billion to $18 billion range for annual U.S. AdWords revenue. Google is liable from November 2012 until the patents expire in 2016, during which time Vringo will collect about $200 million to $250 million a year (if the royalty determination stands). That would amount to even more than the $700 million Vringo’s attorneys originally sought from the defendants.

Vringo used to focus on video ringtones, but after hemorrhaging cash for years, it bought two patents and set up a shell company called I/P Engine that is, effectively, a patent troll. Earlier this month, it sold its mobile content business to U.K.-based Infomedia Services so it could focus on its infringement lawsuits against Google, ZTE, ADT, and others.

Vringo also sued Microsoft over its Bing search engine ads. Microsoft settled with Vringo in May, opting to pay the patent troll $1 million and five percent of Google’s total payout.

President Obama is pushing to reform America’s problematic patent system. In last night’s State of the Union address, he called on Congress to “pass a patent reform bill that allows our businesses to stay focused on innovation, not costly, needless litigation.”

The House and the Senate are currently hashing out details surrounding the Innovation Act, a comprehensive bill aimed at neutralizing patent trolls. The House passed the bill in a 325-91 vote in early December.