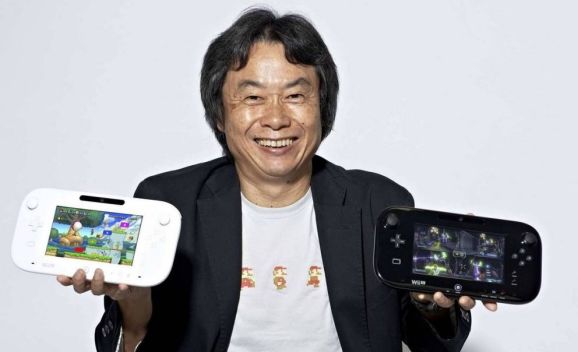 By Nintendo’s admission, the Wii U is struggling. As a penance, Nintendo president Satoru Iwata revealed he will take a pay cut.

To show he’s serious about turning around Nintendo’s performance, Iwata has cut his own pay in half. Mario creator Shigeru Miyamoto, meanwhile, will receive a 30 percent pay cut. Seven other Nintendo executives will also see their salaries drop by 20 percent. All of these reductions will go into effect in February and will last through June. At that point, the company will reassess the situation depending on the publisher’s financial performance.

Nintendo reported early this morning that it only sold 2.4 million Wii Us in the first nine months of its fiscal year. It only expects to sell another 500,000 from Jan. 1 to March 31. The company originally predicted it would sell 9 million Wii Us through the entire year, but that number is still a long ways off.

The 3DS helped the company earn a $99 million profit through its first three quarters, but the company expects a net loss of $242 million for the year ending March 31.

Iwata previously halved his own pay in 2011 when the 3DS failed to catch on immediately. The president was able to turn around sales for the device with a price reduction and desirable games. The 3DS was the best-selling gaming system in the U.S. during 2013.

Nintendo has already reduced the price of the Wii U from $350 to $300. It has also released a number of big name games, including Super Mario 3D World, The Legend of Zelda: Wind Waker HD, and Pikmin 3. Those recognizable franchises failed to get consumers into stores to pick up the Nintendo hardware.

Sony and Microsoft both launched their new home consoles in November. The companies respectively sold more PlayStation 4s and Xbox Ones in just a few weeks than Nintendo did in the nine months from April to December.