Forget how much Google potentially lost by selling Motorola Mobility to Lenovo — pay more attention to what it has to gain.

Now that Google no longer has a mobile hardware division of its own, it has more leverage to work together with other Android phone makers. And that could be the key to taming the Wild West nature of the Android ecosystem.

It’s perhaps no coincidence that Google and Samsung recently announced a huge 10-year patent sharing agreement, which will help the two companies avoid patent disputes between themselves (and better fight patent battles with others). Google is also reportedly pressuring Samsung to step back from its highly customized Android user interfaces and to highlight Google’s digital media stores over Samsung’s own offerings, Re/code reported yesterday.

It’s hard to imagine Google reaching those agreements with Samsung — the biggest Android phone maker, with 32 percent of the smartphone market, according to Gartner — while its own Motorola hardware unit posed a threat. I’d bet that Samsung was fully aware of Google’s plans to sell off Motorola Mobility to Lenovo as it was making those deals (various reports claim Google was trying to offload the Moto unit for some time).

This is Google playing to its strengths: focusing on software, not hardware.

It’s far more important for Google to have leverage with other Android makers rather than to compete directly with them for a miniscule amount of hardware market share. And by wrangling in Samsung, Google is sending a clear signal of its influence to the rest of the Android ecosystem.

Google’s hands-off approach with Android so far has led to companies like Sony, LG, and Samsung re-skinning the operating system to suit their own needs and promoting their own apps over what Google already provides. Google doesn’t have the same control over Android as Apple does over iOS, but now, following these deals with Samsung, we can expect it to work harder to deliver a more consistent Android experience across devices from multiple manufacturers.

You can argue that Google ultimately overpaid when it spent $12.5 billion for Motorola Mobility back in 2011. Since then, Google sold Moto’s cable box division to Arris for $2.3 billion, and yesterday Lenovo grabbed its hardware division for $2.9 billion. Now, Google is left with the “vast majority” of Motorola’s patents, which seems like what it wanted all along. 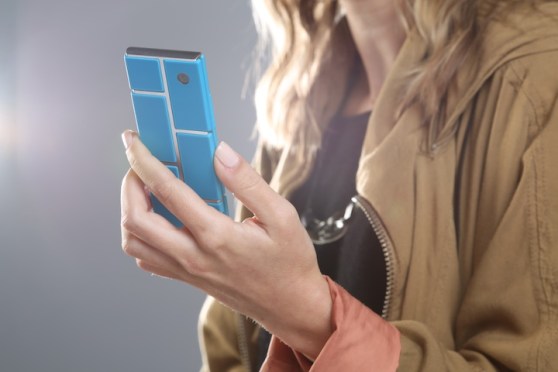 Now, without a hardware unit of its own, I wouldn’t be surprised if Google makes many of the innovations from the advanced tech group available to the wider Android ecosystem.

Those innovations are now potential strengths for all Android phone makers — rather than threats from a competing phone maker.