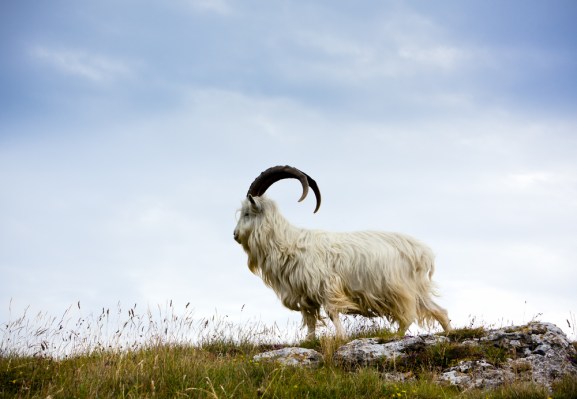 Oh, Funding Daily, you unpredictable world where cashmere blankets, personal loans, origami, skydiving, and little black dresses come together in one place. You are an ever-changing, ever-interesting glimpse into all the odd little corners of our lives technology can touch. Here is today’s funding news.

One Kings Lane raised a $112 million round of funding to fuel its growth and capture a bigger share of the market. One Kings Lane sells home goods through an ever-changing array of limited-time sales. It launches new deals every day, which last for about 72 hours. New investor Mousse Partners led this round of funding. Two new “global institutional investors” also joined, along with all existing investors, including Scripps Networks Interactive, Kleiner Perkins, Greylock Partners, IVP, and Tiger Global Management. Read more on VentureBeat.

CrunchFund, the venture firm started by TechCrunch founder Michael Arrington, is raising its second fund. According to an SEC filing, it aims to raise $40 million. CrunchFund I was a $27 million fund. Portfolio companies include Highlight, Betable, Layer, AngelList, SwiftType, Rover, BackOps, PandoDaily, Airbnb, Square, Crowdtilt, Tumblr, and others. Read the filing.

P2P lending platform Zopa gets $25M of its own

Zopa was one of the first companies to connect borrowers with lenders online to offer personalized loans. These loans tend to offer lower interest rates than banks for borrowers, but higher interest on savings for lenders. To date, the UK-based company said it has facilitated more than £458 million in loans. Arrowgrass Capital Partners, a hedge fund, led this round. Read more on TechCrunch.

Moontoast, a social advertising and marketing startup, has raised a $4.5 million extension to its series B funding round, the company announced today. Moontoast’s platform helps celebrities and top brands track and generate more revenue from their following on social networks. Read more on VentureBeat.

Marketing-focused startup Origami Logic has taken $15 million in it second round of institutional funding. To date, the company has raised $24.3 million. This round was led by Jafco Ventures and included participation from existing investors Accel Partners and Lightspeed Venture Partners. Jafco general partner Jeb Miller will take a board seat. Expect to see a wave of engineering hires as well as increased marketing and sales from this startup as a result of the new money.

Enigma reels in $4.5M to collect and organize loads of the world’s public data

The New York Times is investing in Enigma, a startup that tries to make life easier for people who want to combine and look through collections of public data. Those sources already include a bunch of local, state, and federal government agencies in the United States. Enigma brings many data sets together and provides a search function and a few analytics tools to run on top of users’ findings. Comcast Ventures, American Express Ventures, and CrossLink Capital also are participating. Read more on VentureBeat.

GetYourGuide, a marketplace for tours and activities, today announced a strategic $4.5 million Series A extension round led by Kees Koolen, former CEO of Booking.com, and Fritz Demopoulos, founder and former CEO of Qunar.com. The Zurich-based startup claims to be the largest online platform for tours and leisure activities in the world. This adds to the $14 million from Spark Capital GetYourGuide raised last year. Read more on VentureBeat.

Practically Green wants to get everybody into the Earth-saving mood. The company’s technology uses achievements and other social-network-like features to encourage people to get greener in their environments. For example, you can set up a carpool program and give out rewards to those who participate through Practically Green. The service can also be used on an individual level, though it currently has a number of big-name clients, including NBC Universal, eBay, and Unilever. The company raised $3 million in funding today from CommonAngels, Pan Asia Solar, Launchpad Venture Group, Clean Energy Venture Group, and angel investors.

Bow and Drape raises $1.2M to let women design their own clothing

Style startup Bow and Drape is taking a needle and thread to the fashion industry by letting women easily and affordably design their own clothing. You pick a basic item like a dress or tee-shirt, then choose the color, cut, length, and any appliqués or lettering you want. Tony Hsieh’s VegasTechFund, Great Oaks Venture Capital, Triple Point Capital, and Jeff Fluhr contributed to this round. Read more on VentureBeat.

Bench Accounting connects small business owners and their accountants through its web app. It makes it easier for you to send documents and other communications between parties through what Bench promises are secure channels. The company raised $1M in funding today. The round is an addition to a previous $2.1 million round. Investors include Contor Ventures, Alpine Meridian, Lerer Ventures, Quotidian Ventures, and angel investors. Bench launched in 2012 and is headquartered in Vancouver.

Statwing has revealed new backing, and it comes from a leading figurehead in the big data world, Jeff Hammerbacher, a cofounder of fast-growing big data company Cloudera. Statwing uses a clean point-and-click interface, as opposed to a clunky and overly complicated tool like Microsoft Excel. Users can drop in data from a spreadsheet and then get super-clear statements that tell users what they’re looking for, alongside visualizations and high-level statistics. Slicehost cofounder Jason Seats, IndexTank founder Diego Basch, and Y Combinator have also invested in the company. Statwing hasn’t disclosed the size of the investment. Read more on VentureBeat.

Speaktoit, developer of the mobile virtual assistant app Speaktoit Assistant, announced today that it has received an undisclosed amount of funding from existing investor Intel Capital and new investor Alpine Technology. With more than 10 million downloads for its Android app, Speaktoit says it will use the funding to develop a platform to bring natural language virtual assistants to other gadgets, including wearables, cars, and robots.