When I was a poor college student, I sold my Nintendo DS at GameStop so I could pay my bills. That was a huge mistake. Giving up the chance to play awesome DS games wasn’t worth the $50 I got in return.

After that, I vowed to never sell any of my consoles again.

Hopefully, you feel the same way and didn’t give up your PlayStation 3 or Xbox 360 to grab brand-new PlayStation 4s and Xbox Ones. While our consoles are nearly old enough to sign up for AARP, we found five good reasons why you should still keep them. With the exception of a few games also heading to PC, you can only play these on PS3 or Xbox 360. (Anything that’s coming out on both generations, like Watch Dogs or Titanfall, were not included on this list.)

To revel in these dark fantasy settings 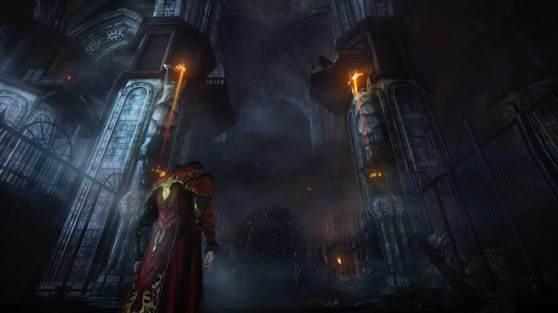 Above: Dracula’s castle would look more cozy and inviting without these overgrown lava lamps.

Lords of Shadow 2 brings the tragic tale of the Belmont family and their centuries-old clash with Dracula into modern times. You play as the legendary vampire himself, who has to fight the only other being more evil than he is: Satan. Expect flashy weapon combos (with thematically appropriate names like Blood Whip and Void Sword) and a lot of blood-sucking in this open-world action game.

It has some serious fantasy cred

If Dracula’s son, Alucard, sounds familiar (you can hear him in this trailer), it’s because the voice belongs to actor Richard Madden, who’s best known for his three-year stint as Robb Stark in HBO’s hit TV show, Game of Thrones. Somehow, Madden ended up playing a key role in another story about brutal violence and complicated family politics. 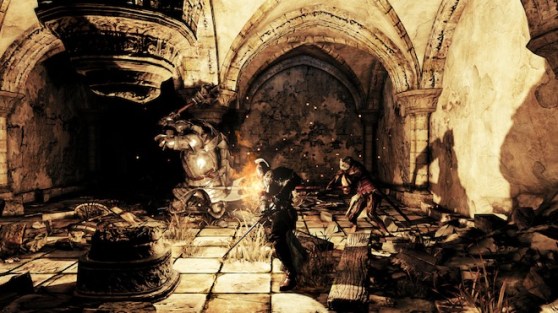 Above: Something tells me that this giant knight isn’t happy to see you.

It’s easy to get turned off by Dark Souls’s learning curve and punishing enemies. You’ll die a lot before you start getting the hang of it, and you’ll die some more just trying to beat it (if you ever do). But those who survive the role-playing game’s harsh difficulty level seem to love it. Dark Souls II promises more unforgiving battles: At last year’s Electronic Entertainment Expo, a spokesperson for publisher Namco Bandai (soon to be called Bandai Namco) told GamesBeat that Dark Souls II will “… ruthlessly beat the crap out of everyone.”

Then go back to the beginning with Dark Souls’s 2009 predecessor, the PS3-exclusive Demon’s Souls. While not as popular as Dark Souls, Demon’s Souls has plenty of maddening boss fights and rare loot to keep you busy until March.

For the onslaught of Japanese role-playing games 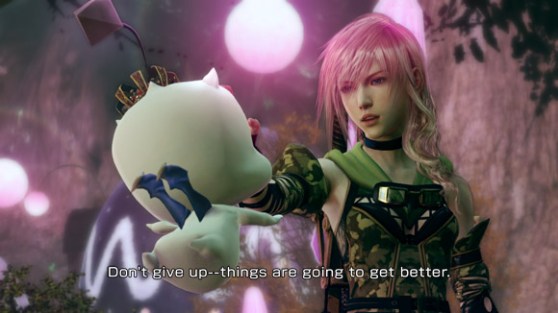 The world is coming to an end, and only Lightning can stop it. The last game in the Final Fantasy XIII trilogy ditches the traditional party system in favor of playing just its pink-haired heroine. She can run around the wide-open levels and climb or jump over platforms. Combat relies on outfits called schemata, which you can customize with different weapons, abilities, and colors.

The FFXIII trilogy is part of a larger offshoot of the franchise called “Fabula Nova Crystallis: Final Fantasy.” It covers six games in all — for consoles, handheld systems, and smartphones — and each of them draw from a shared mythology about gods and goddesses creating the universe. Developer Square Enix even has a book (for internal use only) written by long-time Final Fantasy writer Kazushige Nojima that goes into further detail about these stories. 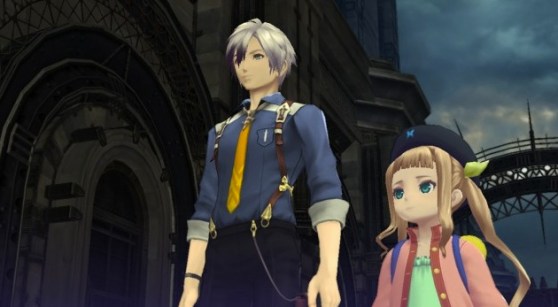 Above: Ludger and Elle in Tales of Xillia 2.

In the sequel to last year’s Tales of Xillia, you take control of Ludger, a chef who turns into a blade-wielding warrior after trying to save a little girl during a terrorist attack. Tales of Xillia 2 emphasizes the importance of choice, and the decisions you make can affect the story’s outcome. Like other games in the long-running JRPG series, Tales of Xillia 2 has a real-time combat system, and Ludger can switch between his other weapons (including pistols and hammers) on-the-fly.

Developer Namco Bandai recently announced that the next entry, Tales of Zestiria, will head exclusively to the PS3. Also coming out this year for Sony’s older console is Tales of Symphonia Chronicles (Feb. 25), which has two HD remakes of Tales games that were only available on the Nintendo GameCube in the U.S.: Tales of Symphonia and Tales of Symphonia: Dawn of the New World. 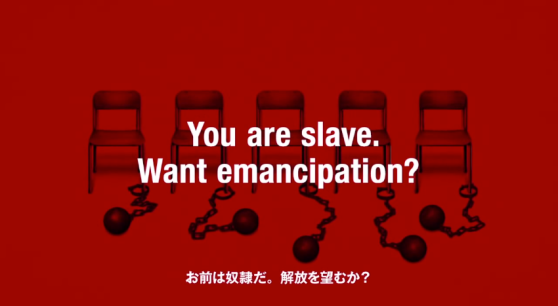 Above: A teaser image from the first Persona 5 trailer.

We don’t know much about Persona 5 other than those five chairs and the cryptic text accompanying them. But that’s OK, because that Persona 5 exists is enough for fans to get excited about it. Past games followed a group of high school students and their ability to summon Personas — supernatural manifestations of themselves — to fight against their otherworldly foes. Many reviewers (including our own) loved the last game, Persona 4 Golden.

Although developer Atlus hasn’t provided a specific reason, it does have a long history of releasing its Persona games toward the end of a console generation. Persona 2: Eternal Punishment and Persona 2: Innocent Sin came out for the original PlayStation after the U.S. launch of the PS2, and the PS2 games Persona 3 and Persona 4 arrived well after the PS3’s debut.