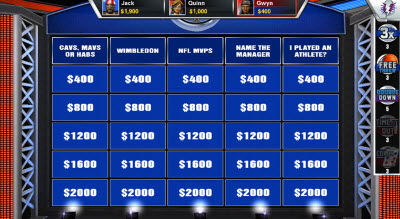 That may seem weird, but it is a sensible brand-extension strategy. Last week, Sony Pictures Television launched its first original video game with the launch of Suits and Swords for iOS and Android devices. Big brand owners like Sony want to break into mobile, where there is huge potential because there are more than a billion users. But the thing that works well in mobile now is gaming rather than video or non-game apps. So Sony Pictures Television is going where the money is: mobile games.

The Sports Jeopardy app lets sports fanatics see how they stack up against competition with a trivia game that taps the ever-popular Jeopardy brand.

“With Sports Jeopardy, we have created a mobile game that combines what millions of fans have come to love about Jeopardy with the fun and excitement of a night of sports trivia,” said Jeopardy executive producer Harry Friedman.

The game features thousands of sports clues ranging from sports players to cultural references. It has a level-up feature that lets players progress through the ranks from fan to sports legend. You can challenge friends in a turn-based online multiplayer mode or battle in person in party mode. It also has features like in-game power-ups, “time out” options to give yourself more time to answer questions, or “double down” to add an extra Daily Double on the board. You can follow friends and customize the game.

Sports Jeopardy is available on iOS, Google Play, and Amazon.

“With Sports Jeopardy, we have created a game that resonates with a distinct and passionate audience,” said Philip Lynch, the senior vice president of digital networks at Sony. “We see this as an opportunity for sports fans of all ages to test their sports knowledge.” 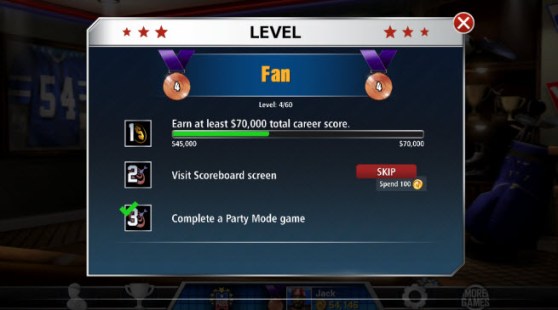