Jai Menon was a key researcher and executive at IBM for almost 30 years before he jumped ship in mid-2012 to Dell, where he is now the vice president and head of Dell Research. Now he runs Silicon Valley research for the enterprise-focused Dell, which can afford to invest in original research now that it is a private company and doesn’t have to worry as much about Wall Street’s hunger for cost-cutting.

The question is whether Menon can create a culture of creativity at Dell, which in the past has been a slouch compared to the original research efforts of its rivals such as IBM, Intel, Microsoft, and Hewlett-Packard. Menon says Dell is very focused on the future. We caught up with him for an interview, and here is our edited transcript.

VentureBeat: You switched over from IBM Research to this new job. Why did you decide to make the move? 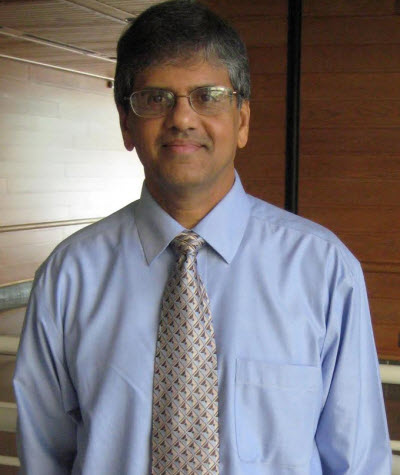 Above: Jai Menon of Dell Research.

Jai Menon: Part of what we’re doing in Dell Research, what makes it different—I had a good time at IBM, of course. But the opportunity to come to Dell was very compelling to me. Dell is very focused on the future. It does not have a path and a legacy—because of the past successes of IBM, I think, you had to deal with that legacy. You had to deal with things like mainframes and other systems. I felt that there was an opportunity here to simply focus on what’s right for the customer, to focus on doing the right thing and not worry so much about legacy businesses and past successes.

Dell was also very interested in pushing into new innovations, which was one of the reasons I was able to come here and begin this new research operation. It was an opportunity for me to become the founding head of this organization. That was another great challenge, being able to do that. It’s not about sustaining an existing research division. It’s about trying to create something new.

The number of kinds of customers that Dell deals with, it’s enormous. Small and medium business customers are the heart of where Dell pushes its portfolio. It can scale up and scale down and scale gracefully, but the heart of Dell’s customers—it was an opportunity to work with a different kind of customer base.

VB: Years ago, both the compliment and criticism leveled at Dell was that it was a PC distributor — a distributor of technologies developed by Microsoft and Intel. It had no R&D. That was many years ago, but I wonder if you could address Dell coming at the idea of innovation from that past history.

Menon: When I first joined Dell, the thing that struck me was that that image of Dell wasn’t accurate at all. Digging underneath the covers, what I found was that in area after area, Dell has been a real innovator in looking at where customers are, where they want to go, and driving leadership with vision over the last three or four years.

I can give a few examples. If you look at where storage was going, Dell saw the need to drive into spaces like iSCSI storage, which drove it to a leadership position in that phase of storage. It was predicting a bit about where the puck was going and making a move there. If you look at Dell’s data center solutions business, it’s likewise making a decision about where the puck is going as far as the needs of big service providers, and then capturing a 50 percent share of that market. The same is true in the networking business. The topologies that Dell networking does, some of the other networking vendors are just coming to that now. Or if you look at virtualized systems, Dell has been a leader in the use of servers and storage in virtualized systems.

In short, I can point out a number of places where Dell has figured out where to go and moved ahead of the game to get there early. That’s a bit of the past. That’s before I came, but those were all compelling examples to me. They said that this image of Dell is not very accurate. 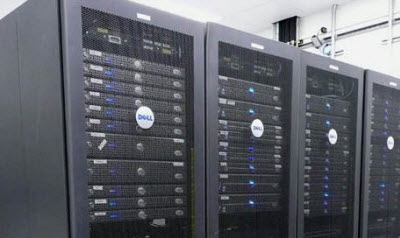 Above: A Dell data center.

VB: So now, what is the priority?

Menon: Going forward, we’re trying to take it to the next level. One area we’ll be innovating is even longer range. Think about three or four years, the long term and beyond. Number two is pan-Dell. Current innovation happens within business units at Dell — within the systems group, within software, within services. With research as a central arm for Dell, we can bring that all together. What does security mean in a services context, a server context, a storage context, a software context? We can think about it in a pan-Dell sense.

The third way in which we want to be differentiated is to look for disruptors and drive innovation from a disruptive perspective. It’s not just straight lines to the next PC or the next tablet. What are some of the disruptors that are going to drive our research and innovation agenda? Focusing on technology trends and driving our innovation around those disruptive trends.

So my answer to your question, really, is that there has been innovation already, and we’re now adding to that by delivering longer-range disruptive innovation across all of Dell. We’re forecasting technology trends and having a Dell point of view on those trends. Then we’re driving innovation around them.

VB: How large a research group is this? What are the roots of it?

Menon: This started about six months ago. Michael [Dell] introduced us at Dell World. We’re hiring new people. Several new people joined in December, even, as we’re standing up the new research organization. We’re identifying problems. We’re hiring people to go after those problems. As we show value, we’ll continue to grow. It’s not as if there’s a fixed limit to our headcount.

In addition, the way we’re structured is that we’re going to very significantly leverage university talent in doing our research. We’ll be complemented by that, and also complemented in that we’re creating some pan-Dell structures by which innovative people all across Dell are becoming a part of some of our projects. It’s hard to count a bit. People in other parts of Dell are contributing some of their time to what we’re doing. A lot of very talented people at Dell are excited by the fact that we’re starting this new research arm and excited to work with us.