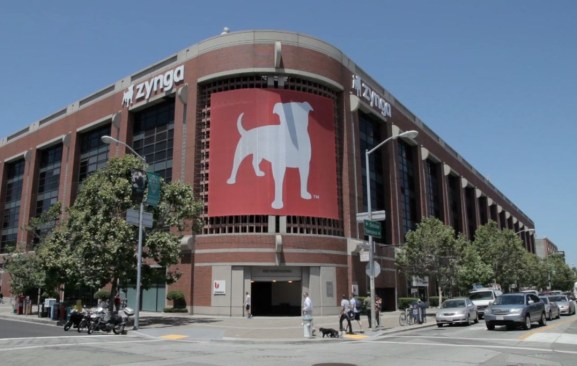 The FarmVille and Words With Friends publisher revealed that it generated $176 million in revenue in the fourth quarter of 2013. That’s down 43 percent from 2012, but it’s better than what Wall Street thought the social-gaming company would report — even if the publisher’s losing players as people move from Facebook to mobile. Zynga lost 3 cents per share during the quarter, which is better than a loss of 4 cents that analysts were anticipating.

That earnings beat helped Zynga’s shares jump in after-hours trading. The company’s stock is now trading at $4.38, which is up 23 percent from its close on Thursday afternoon.

That price increase comes despite that Zynga announced that its monthly average users (MAUs) are down to 112 million. That’s a huge drop from the 298 MAUs the company had in the fourth quarter of 2012, and it’s down 16 percent from 133 million in the previous sequential quarter in 2013.

“Over the last seven months, our teams have been working with a sense of urgency,” Zynga chief executive Don Mattrick said. “We finished 2013 in a strong position and expect 2014 to be a growth year. We believe that Q1 2014 will be a solid foundation for that growth and we expect substantial improvements for the remainder of the year across audience, bookings, and adjusted EBITDA.”

As part of its earnings report, Zynga also revealed plans to acquire mobile game developer NaturalMotion for $527 million. It is also laying off 314 of its current employees.

As for its current games, Words With Friends delivered its best quarter in its five-year history in terms of revenue. Zynga Casino also increased its revenue compared to the third quarter of 2013, and Zynga Poker’s MAU was up 8 percent compared to the same period.

“The investments we are making to grow and sustain our franchises are beginning to bear fruit, particularly in Zynga Casino and Words With Friends,” Mattrick said. “Our market is growing as measured by device, audience, and dollars, and we have the privilege to compete in one of the fastest growing parts of the entertainment industry. We have an ambitious agenda and we are moving quickly to add capabilities that are complementary and strategic to our core growth plans.”