They announced that Zynga was buying mobile game maker Natural Motion for $527 million, Zynga was laying off 314 employees, and it eked out a slight profit in the fourth quarter and would target being profitable on an adjusted earnings basis in 2014.

Here’s some excerpts from the call where Mattrick and Downie revealed their thinking.

“Before I detail out our results, I would like to share the three areas of focus that myself and our team have been applying energy against. The first area is how we grow and sustain hits that consumers have validated over multiple years. The second area is how we enhance our capabilities to create new hits. The third is how we do both of the above in a more efficient manner. These are the areas of focus that we have been applying to take our business into the future.” 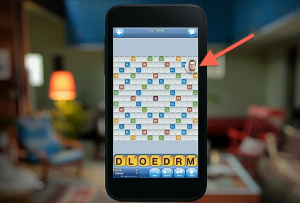 As for mobile platforms, Mattrick said, “As you have heard us talk about previously, our growth on mobile is paramount. 2014 is expected to be a landmark year for us in terms of growth on mobile screens. Throughout the year, you will see a major shift in our content pipeline as we apply more focus on achieving this goal.

In terms of our franchises, I am pleased to announce that we plan to bring FarmVille to mobile in Q2 of this year. We pioneered Farming for the mass market and have a rich history developing this brand with consumers. More than 400 million people around the globe have played our FarmVille franchise on Facebook, and we are eager to tap into that audience and delight them with our upcoming launch.

In terms of our new product pipeline, 75 percent of all new games in development are mobile first — a significant milestone for our company as we move to meet mobile consumer demand. And in 2014, for the first time in the company’s history, we expect to see our mobile bookings surpass our web bookings and account for more than 50 percent of our bookings base.”

On his first seven months, Mattrick said, “Over the last 7 months, our teams have been working with a greater sense of urgency. We are in the first chapter of our topline growth story for our core business. We are committed to delivering long term operating leverage, healthier margins and positive free cash flow. We expect to see sequential growth in bookings and adjusted EBITDA, and we are now setting our sights on driving audience growth.

Our teams have sharpened their focus on running over 30 live services, and at the same time, we have allocated time and resources to create several new products. In the coming months, we will provide more detail about these new starts, but I am pleased with the rigor our teams have applied in terms of learning valuable customer insights and thinking about how we can differentiate our offerings relative to competitors.

Zynga is getting back to its roots of innovating in social. And, we are committed to refining our skills in the art and science of creating new hits. Our goal from a content perspective is to create top hits that engage mainstream global audiences. Our winning aspiration is to be the industry leader by delivering more No. 1 games than any other competitor.”

Zynga will likely wind up with around 1,980 employees, after the addition of Natural Motion and the layoffs. Regarding the layoffs, Mattrick said, “As you can see from today’s workforce reduction of approximately 15 percent, which affected 314 people, we are right sizing our team structure to align our resources with the best opportunities for growth. These are difficult but important actions that should help us drive improved results and create a new foundation for future growth.

On a personal note, it is always challenging when you have to redeploy and redirect across a business. We are saying goodbye to many good people, and I want to thank them for their contributions to Zynga. We wish our friends and colleagues well and know that they will have future successes.” 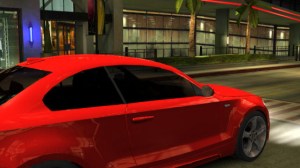 Regarding the acquisition, Mattrick said, “For those of you who have followed the game industry for the last 10 years, you know NaturalMotion for their ability to wow consumers with their creativity and technology and create player experiences that previously seemed impossible. The company was founded in 2001 and is comprised of approximately 260 people in London, Brighton, Oxford, and San Francisco.

Throughout our diligence process, I have become even more impressed with the talented teams and game making philosophies at NaturalMotion. They are a renowned group led by seasoned creative and technology leaders, including co-founder and CEO Torsten Reil and VP of games Barclay Deeming.

Torsten, who will report to me, is an Oxford graduate who has a relentless commitment to quality and innovation. Torsten and the NaturalMotion team have created a winning culture anchored by their passion for producing groundbreaking technology and high quality entertainment that redefines the industry. Their expertise will be complementary to the focus and talent we have at Zynga.

NaturalMotion’s creative assets make this a tremendous value for us and our consumers. They are leaders in two important entertainment categories: racing with CSR and CSR Classics and people simulation with Clumsy Ninja.

CSR is a top mobile racing game having achieved top of the chart status in more than 20 countries across paid and free Apple iOS charts. Clumsy Ninja achieved 10 million downloads during the first week of its launch in November and became the #1 free game in the Apple App Store. We believe in the future growth of racing and people and will work with NaturalMotion to grow these games into global franchises.

Their content pipeline, which aligns perfectly with our content strategy, brings significant value to Zynga and our players. We will — in total — have five top brands and capabilities in farm, casino, words, racing ,and people. I am excited about NaturalMotion’s strong and growing new mobile pipeline which reflects the fit, finish, and polish that players have come to expect in hit experiences.”

As for Natural Motion’s Euphoria technology, Mattrick said, “Finally, as I alluded to earlier, NaturalMotion’s technology and tools pipeline are unmatched and represent a significant leap ahead in our ability to deliver next generation entertainment. We believe their cutting edge technology — called Euphoria — will light up the future of our industry on mobile. Their proven simulation technologies have powered some of the biggest entertainment properties across gaming – showing up in titles such as Grand Theft Auto 5 as well as the iconic movies like Lord of the Rings.

The company will continue to publish games under the NaturalMotion brand and will continue to license Euphoria to leading creative partners. Zynga owns the exclusive, proprietary rights to develop this breakthrough technology and apply it to any of our existing and future mobile games….After completion of our acquisition of NaturalMotion we will have no debt and approximately $1.2 billion dollars of cash and marketable securities.”