In the fast-paced world of mobile games, you usually sink or swim — fast. And even if you swim, it’s only for a short while.

So how has A Thinking Ape‘s Kingdoms at War stayed so high for so long?

Kingdoms at War was the eighth-highest grossing game on iPhone in 2010 — the dark ages of mobile gaming. It was the 13th highest in 2011, which is like medieval times for mobile. And after hanging around in the top 40 for another couple of years, the venerable game hit number 20 just a month ago, in December. 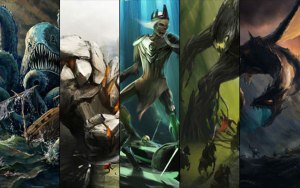 “There’s no secret formula,” A Thinking Ape’s Derek Yip said Thursday at GROWtalks in Vancouver. “But if you play Kingdoms at War for 30 days, you will play on infinitely.”

Mobile players are brutal, especially for freemium apps that we’ve downloaded for free. People use most apps are once and abandon them viciously, never to be opened or played or read again. For Kingdoms at War, 50 percent of first-day players come back and play it on day two. That’s actually not bad — but the number goes down and down and down. By day 30, only 10 percent of day one people are still playing.

Then something interesting happens.

“Kingdoms at War has low retention,” Yip said. “But on day 30, it flatlines … essentially the game stops losing players.”

That means that A Thinking Ape’s lifetime user value for the game is huge. And this means the company can invest heavily in user acquisition, secure in the knowledge that spending $1, $2, or even $3 per committed long-term user will ultimately provide positive return on investment.

When the company started noticing the incredible retention in Kingdoms at War, it started asking why. Other games it had made — or other companies had made — were as good, with great art, design, gameplay, user experience, sound, and content. What was the difference? It had to be something beyond the core product, the company speculated, that was generating player longevity. 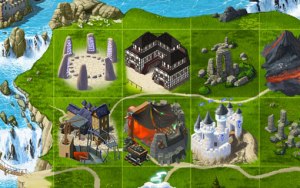 “That’s the key difference,” Yip says “Our users don’t naturally want to be social when they download our products, but in Kingdoms at War we were able to create incentives to connect, and that led to a high level of engagement.”

In other words, it’s social.

“That’s a positive feedback loop,” Yip said. “You need to create something that cannot be replicated. For us, it’s relationships with friends … so that users do not leave.”

It’s appears to have been working.

Today, four years after initial launch, Kingdoms at War is still making money and still hitting the charts. In fact, according to Think Gaming, it’s still making almost $15,000 every day on iOS alone. That’s not exactly Candy Crush Saga money, which is grossing $975,000 every single day.