Silicon Roundabout, the still-gritty tech cluster in East London, is bustling with fast-growing startups. Investors from both sides of the Atlantic are paying attention.

But it wasn’t a foregone conclusion. Back in 2010, the U.K. government launched an initiative to turn East London into a “Tech City.” Many locals were skeptical. London’s startup scene has traditionally been quite cliquey (a complaint we’ve heard from U.K. entrepreneurs who emigrated to Silicon Valley). It’s a bit of an “old boys club,” according to some entrepreneurs. A recent Forbes report argues that politicians have given this new tech focus a glossy, progressive-seeming veneer, but they haven’t done enough to educate the public about how to actually start new businesses.

That said, startups continue to be a hot topic in the press, and technology jobs are on the rise. During a recent trip to East London, I caught up with two of the city’s most active seed firms, Passion Capital and Index Ventures.

Eileen Burbidge, one of a trio of investors at Passion Capital, told me over lunch that early-stage investment opportunities have increased in the past two years. Here are the startups that investors predict could break through in 2014. We also narrowed some these companies based on suggestions from an extensive Twitter search. Note: Some of the startups that made the cut are Passion and Index portfolio companies.

The next huge exit: TransferWise 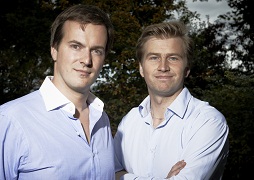 Above: Taavet Hinrikus and Kristo Käärmann

By all accounts, TransferWise is absolutely crushing it in Europe. The company is on a mission to enable its customers to send money abroad more affordably. We first heard about TransferWise in the U.S. when the startup secured funding from libertarian billionaire Peter Thiel last May. Since then, it transferred £250m ($412 million) in funds, up from £125m ($201 million). According to a news release shared with VentureBeat in October, the startup is growing its revenues up to 30 percent month over month.

How does it work? TransferWise has made no secret of its ambition to cut out banks. (“BYE-BYE banks,” the website’s homepage taunts.) It all started when the founders worked out a proprietary algorithm to connect people who needed to send money internationally. It works by matching an exchange, such as Euros to British pounds, with others who want to turn pounds into Euros. “Banking needs to be democratized in the way that low-cost airlines did 20 years ago in aviation or Skype did 10 years ago in telecoms,” said cofounder Taavet Hinrikus in a recent interview with VentureBeat.

What’s cool about it? Hinrikus is one of the first 10 employees of Skype. He has plenty of experience building a successful startup. According to London-based sources, it’s a strong IPO candidate, which is poised for rapid growth in 2014. 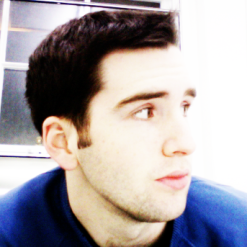 Thread is one of a growing number of online services for busy professionals who don’t have time to shop. Sign up via Facebook and you’ll receive suggestions from stylists. Unlike the majority of e-commerce startups, it’s primarily geared for men.

How does it work? The startup blends man and machine. Customers will receive personalized information from human stylists and suggestions from a Netflix-style algorithm that learns your tastes over time. Bermuda-born cofounder Kieran O’Neill predicted in a recent interview that one stylist will work with every 10,000 clients. The stylists are high profile; according to GQ, Gwyneth Paltrow’s stylist, Elizabeth Saltzman, is taking part in the project. Note that consumers in the U.S. can’t sign up yet, although you can join the waiting list.

What’s cool about it? O’Neill is a serial entrepreneur who launched his first startup — a pre-YouTube video-sharing service — at the age of 15. The company recently participated in Silicon Valley accelerator Y Combinator, but O’Neill opted to return to London to continue building the product. Expect a launch in the U.S. in the near future.

The next big enterprise startup: RolePoint

How does it work? The technology matches relevant roles with potential candidates in the social networks of current employees. In its first month of alpha testing, Rolepoint claims to have tripled the employee referrals for open positions and filled 78 percent of the positions posted. Companies saved an estimated $250,000 in recruiters’ fees.

What’s cool about it? This is well-designed business software that is easy to use. Most tools for employees are bulky, nonintuitive, and far too expensive. Passion Capital’s Burbidge predicts that it will cross the pond and become a hot enterprise startup in Silicon Valley in the next year or two.

Turn the page for more up and coming London startups 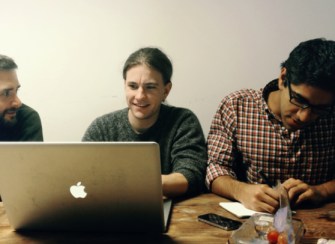 Similar to Stripe or Square, GoCardless isn’t all that sexy, but it’s seriously useful. This startup makes it cheap and easy for businesses to accept direct debit payments online.

What’s cool about it? GoCardless has worked with banks to create a simple API that makes it easy and cheap for small businesses to take debit payments. They won’t need to pay credit card fees in the process. It’s solving a real problem for vendors. “As a merchant, card companies are a ripoff and the application process is eye-wateringly complex,” the founders wrote in a Wired U.K. guest post. “With GoCardless, merchants can sign up and start collecting in seconds with fees of just one percent.” 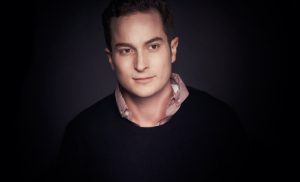 DueDil offers an easy way for people to look at a private company’s financials. The company primarily caters to startups in the U.K. — it may not even need to scale to the U.S. in order to rake in revenues.

How does it work? DueDil aggregates over 30 billion data points on every company and director in the U.K. and Ireland. Most of its data comes from public sources, although it also buys information from Companies House and the Ministry of Justice. The website is free to use (for now — it will launch subscription quotas), and the data visualization tools are top-notch. Company document downloads need to be purchased on a pay as you go system.

What’s cool about it? DueDil recently raised $5 million, which it will use to expand its service throughout Europe. It will focus initially on countries that tout an open-data policy. The company also works with publications to support data-driven journalism. DueDil was part of the Guardian’s data journalism efforts, including its recent exposé on companies that ferret their money away in tax havens. 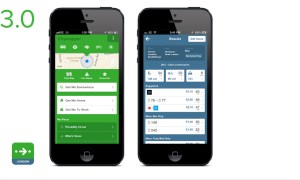 This app makes your commute to work a bit less painful. Londoners, New Yorkers, and Parisians use it for driving, public transport, and walking directions. According to the founder (ex-Googler) Azmat Yusuf, the app on about 50 percent of iPhones in London, and the recently launched Android app is taking off, too.

How does it work? Type in a request for directions and Citymapper instantly provides a list of options, including the time and calories burned to walk or bike as well as a time and price estimate for a cab. It also offers up to date weather information, which is specific to each neighborhood. In terms of features and functionality, Citymapper is a step ahead of services like HopStop, Apple and Google maps.

What’s cool about it? The iOS app has received glowing reviews on the App Store. It’s also impressed the media; it was recently described as the “best travel app introduced in New York City” by the New York Times.