Women have billions of dollars worth of unworn clothing in their closets.

Vinted is a mobile marketplace for secondhand clothes that puts those forsaken garments to use. Today, the startup announced it has raised $27 million in its second round of funding.

The money will support the Lithuanian-founded company’s growth in the U.S. as well as product development. 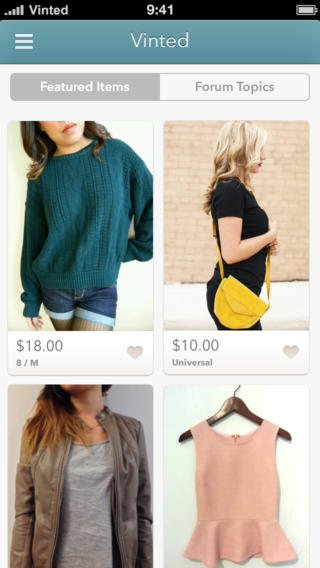 If you want to sell clothing on Vinted, you take a picture of the item and write a detailed description. The app has messaging features for buyers and sellers to communicate about questions, payment, and shipping updates. Buyers then pay inside the app, and Vinted holds that money until the item is received and the buyer confirms everything is OK.

The world is going mobile, and mobile commerce is just now beginning to take off.

Vinted was initially founded as a Web application, but t became a mobile-first company after its first funding round a year ago. It now has 3 million members and 14 million listings, and 75 percent of its business happens on mobile.

A closet full of clothes — but nothing to wear — is a perpetual problem for many women (present company included).

The average American spends $1,700 buying clothes and related items per year, and that number is twice as high for women. However, they rarely (or never) wear a significant portion of these items. Our closets tend to accrue the evidence of bad fashion decisions — that time you were really into geometric patterns, your mauve obsession, that experiment-with-peplum gone wrong.

Consignment, thrift, and vintage stores have traditionally been the one place women can trade in these items for cash or store credit (although you could also donate it). This requires lugging bags of stuff to the clothing exchange and often you don’t make much off the sale.

Vinted and its many competitors provide an alternative. Threadflip, Tradesy, Poshmark, Twice, and TheRealReal all power similar services, as does French startup Videdressing, which has backing from the Samwer Brothers.

Vinted is currently available on iOS and Android in the U.S., Germany, France, Austria, Poland, Czech Republic, and Lithuania. Insight Venture Partners led this round, with participation from existing investor Accel Partners. Accel led Vinted’s $6.5 million round in January 2013.