Zynga pioneered social gaming on Facebook, and it has been trying for a couple of years to replicate that magic on mobile. That path has been much more difficult than anyone thought. Yesterday, it announced it would accelerate that effort by paying $527 million to acquire Natural Motion, maker of CSR Racing and Clumsy Ninja.

Zynga also said that it was beginning to turn around financially, but it also made another round of layoffs, cutting 314 employees, or 15 percent of its total. That shows the company isn’t out of the woods yet.

Clive Downie, the chief operating officer at Zynga, has been on the job for three months, reporting to new CEO Don Mattrick. Together, they’ve created a new gameplan for getting Zynga’s mojo back, and they revealed it for the first time yesterday. We got a chance to ask Downie detailed questions about that comeback plan in an interview after the announcement. Here’s an edited transcript.

GamesBeat: How are you enjoying your first few months on the job? 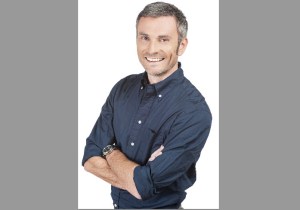 Clive Downie: I’m loving it, although we had to make some hard decisions today in one area.

GamesBeat: Do the layoffs signal that Zynga may shut down other games? Or are you thinking of that as more like an across-the-board cutback, where a small percentage of each team might be cut?

Downie: The goal of this was to execute better and create meaningful leverage and efficiencies. I believe it’s the right envelope to run more than 30 live game services and create new against our growth aspirations and against our content strategy that I outlined in the call. The decisions we made today give us the right space to build on through 2014. We don’t want to be in a constant state of transition.

GamesBeat: You have shut down some older games. How do you decide that? A given game may not be high among the priorities at the moment. But I’m curious why you can’t just keep running it. Maybe it still has a million players. It seems like you could make money just running an old game, but you guys appear to have decided that’s not a good idea? 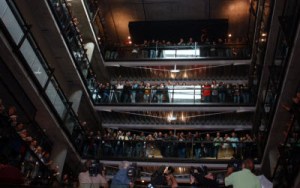 Downie: Right now, we run more than 30 live games that are delighting many millions of consumers every day. Some of them are well over a year old, or multiple years. We aren’t in the business of closing our products. We made a very specific decision recently with regard to YoVille. We always take a customer-centric view of our games. We value the long-term sustainability of our game communities, and we always strive to keep them active as long as possible within our game-lifecycle framework.

We do have a game-lifecycle framework. It’s not a snap decision. When this can’t happen any longer, we do look for other options. In the case of YoVille, there was a dialogue with the game’s creators about a partnership that would see the game continue to be grown and sustained by them, so that’s exciting. We’re in those discussions and we hope we can conclude them sometime soon and move on.

Our framework is about making sure that for as long as possible, our teams of people internally making games are sustaining those live game services and making them better, until such a point as we think, “For this good of our consumers, we should be having those game creators work on something else. They should work on making new things.” It’s always that balance between sustaining something and getting to something new.

GamesBeat: The Euphoria game engine is one of these big jewels at NaturalMotion. Would you go so far as to say that the decision to buy them was dependent on Euphoria? Will Zynga teams use Euphoria, or might that be something NaturalMotion itself would be best assigned to do.

Downie: I’m sure you’ve played CSR and Clumsy Ninja. Clumsy Ninja is a wonderful product with its best months and years ahead of it. Our decision to bring NaturalMotion into the family is because they make great games. They make great games because they have two things going for them that they’ve grown over a decade. They have excellent creative instincts and talent, and they have an excellent technology platform and tool set in Euphoria to realize that creativity.

To your second question, will we look for ways to utilize Euphoria within the core of Zynga? Absolutely.

GamesBeat: The distinction between hardcore games and casual games, is it still one that you make, or do you consider the combination of these two companies to simply create one focus on making great games?

Downie: The combination is focused on making number one products in the categories that we’ve identified and will continue to identify going forward. I don’t necessarily want to put a classification on the products we plan to make as far as casual or hardcore. I’ll ask you specifically. Do you think CSR is a hardcore game? It doesn’t feel like a hardcore game to me.

Downie: Yeah. The great thing is, you can play it in two minutes and legitimately feel you got something worth that time investment. It’s superaccessible. Anyone can pick it up and play it and enjoy. And then with Clumsy Ninja — I’m sure you’ve played that — it’s just a wonderful simulation of a person in your pocket that you can tune into and have fun with and smile with. 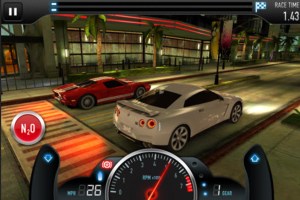 GamesBeat: This isn’t necessarily a strategic shift in that sense, then? It’s not like Zynga is going into hardcore gaming.

Downie: [Chuckles] The answer is no, because I don’t particularly believe those products are hardcore. They’re very accessible to many consumers around the world who want to participate in the categories and the themes that they use in the product.

GamesBeat: The priority market going forward seems to be mobile. These guys have demonstrated definite success in mobile. Is there a conclusion to make about this, that mobile investment is your priority?