By the end of 2013, Android had captured an impressive 81 percent of the global smartphone market share.

But in terms of developer mindshare, Android still ranks slightly behind iOS — and for a good reason. An average Android app makes 5 times less money per download than an iOS app. Even though Android has by far passed iOS in terms of global market share, the picture is not so clear-cut in terms of revenue. Despite Android’s dominant market share, for many app developers, iOS is still the biggest platform.

The most popular reason often repeated as the cause is related to user demographics. In every country of the world, iPhone is the top-end device, only affordable to the relatively well-off. Android, on the other hand, is available on a whole spectrum of devices from high to low end forms. It would be logical to assume that the owner of a $600 high-end Android smartphone would spend more on apps than the owner of a $40 low-end device on average.

This notion seems to be backed up by data. According to App Annie, India already takes third place in all app downloads for Google Play, but it is nowhere to be found in the corresponding revenue chart. The same story for Brazil and Russia — lots of downloads, but almost no revenue for developers. It sure seems that users in these countries either can’t afford or just do not want to pay for app content the same way that users in the US and Western Europe do.

But looking beyond the basic charts, we discover that the situation is a bit more complex.

Looking at our own transaction data at Fortumo for paying users across different apps and territories on Android, we see that the monthly average revenue per paying user (ARPPU) is not as different across countries as one might expect:

So, is this because in Russia, Brazil, and India, only the rich can afford to pay for apps and content? Or is there a more prosaic reason — namely that users in those countries are just unable to pay with a credit card (the only payment option accepted by major app store such as Google Play in their country) because they don’t have one?

If we look at the number of credit card owners (and compare it to the number of smartphone owners) in these countries, the data might provide part of the explanation:

If more local payment options were supported by the store, would more users pay? Very likely.

For many users in the emerging markets, mobile is often the most accessible, if not the only form of digital entertainment. It’s only logical that it could consume a relatively bigger portion of their income.

So, should developers just wait until their favorite global app store tackles the “emerging market problem” and adds more local payment options? Last year, the answer might as well have been “yes,” but now this is becoming an increasingly weak strategy. Why? For one, Western app markets are becoming increasingly saturated.

Flurry indicates that during the 2013 holiday period, app download growth was just 11 percent compared to 90 percent for the same period in 2012. Over 60 percent of Americans already have a smartphone, and new user growth is slowing, whereas India has less than 10 percent smartphone penetration, but shipments are increasing at a huge rate.

But what’s the alternative? Luckily, there are many. While Google Play is the main distribution channel for Android apps in North America and Europe, in many places elsewhere, there are strong alternatives, including:

There is very limited data available on most of these stores, as analytics companies like Distimo, App Annie and Flurry do not track them — yet. That’s also part of the reason why alternative app-stores are flying below the radar. However, developers my company works with who are effectively using these alternatives are reporting that as much as 30-35 percent of their revenues are now coming from these channels, most of that from the emerging markets.

While fragmentation of distribution channels makes the lives of Android developers somewhat difficult, the good news is that alternative Android app stores are hungry for quality content and thus pretty forthcoming in promotion opportunities. Looking at crude data about the number of available apps and featured spots, it’s 20 times more likely for a high-quality app to get featured on an alternative store than on Google Play.

As making money from Western markets is getting increasingly tough due to the sheer number of apps, more developers are turning to emerging markets. A one-shoe-fits-all strategy has worked for them well in relatively homogenous Western markets (one distribution channel, high-end phones, a lot of credit card users), but catching up in revenue to downloads in emerging markets is a different challenge altogether. 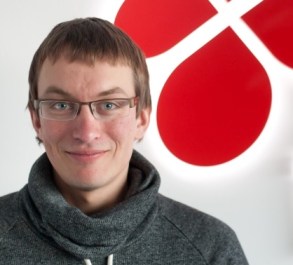 Rain Rannu is the founder and chief executive of Fortumo, a mobile payments company that powers in-app payments for more than 100,000 developers.