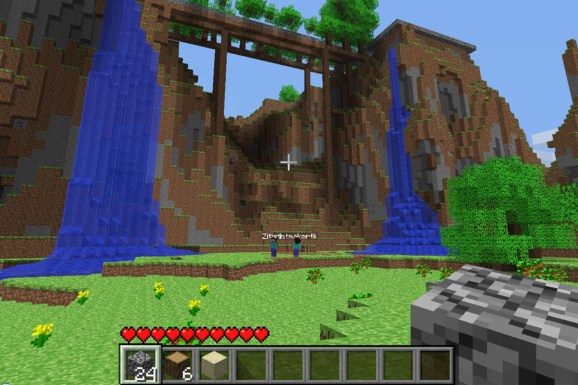 Developer Mojang has sold more than 14 million copies of Minecraft for the PC. The indie phenomenon, which has players crafting weapons, tools, and structures to survive in a Lego-like world of colorful blocks, makes around $350,000 every day just from the computer release.

People buy up to 16,000 new copies of Minecraft for PC every day, according to Minecraft’s statistics page. It currently sells for €20, which is equivalent to around $26.50.

The computer version of Minecraft has now sold 14 million copies. Celebrating by having no idea how to play Lego marvel on ps4!

Minecraft is such a perpetually well-performing game that when Microsoft and Mojang released the physical disc version of the Xbox 360 Edition in 2013 (a year after it debuted digitally on Xbox Live Arcade), it ended up as the ninth best-selling game for the entire year at retail.

On iOS and Android, Minecraft is one of the few premium-priced apps near the top of the highest-grossing games. The Pocket Edition retails for $7 and features no in-app purchases. That’s very different from games like Candy Crush Saga, which are the kinds of free-to-play games common in the top-grossing list on Google’s Play market and Apple’s iTunes App Store.

Mojang next plans to work with Sony and Microsoft to release versions of the game for PlayStation 4, PlayStation Vita, and Xbox One.