Game publisher Take-Two Interactive said that developer Rockstar Games’ Grand Theft Auto Online game service is off to a rousing debut after a full quarter on the market.

The first online version of Grand Theft Auto has a lot going for it, since Take-Two also said in its earnings report today that it has shipped 32.5 million copies of Grand Theft Auto V since it debuted for the Xbox 360 and PlayStation 3 on Sept. 17. That is a record launch for a video game and suggests that GTA V has generated $1.95 billion in sales at retail in less than four months of sales. 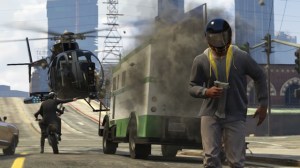 Above: A look at GTA Online.

Strauss Zelnick, the chairman of Take-Two Interactive Software, said in an analyst conference call that the audience for GTA Online continues to grow and that demand remains high. On a worldwide basis, the Grand Theft Auto franchise has now sold 250 million copies in its history since the launch of the first game in 1997.

Karl Slatoff, the president of Take-Two, said during the call that players are using tools to enhance their gameplay experience in GTA Online. So far, he said players have published 2 million death matches and races in GTA Online.

“We are very happy with GTA Online and more great content is on its way,” he said.

But Take-Two is not investing a huge amount of infrastructure in order to expand GTA Online.

“We are not building call centers, data centers, or server farms,” Zelnick said. 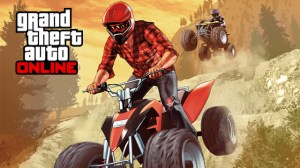 That suggests that Take-Two is farming out such tasks to other infrastructure providers.

Zelnick and Slatoff declined to say whether the company was planning either PC or next-generation console versions of Grand Theft Auto V.

“We are not talking about other releases yet and will leave it to Rockstar to have those discussions,” Zelnick said.

Zelnick said that digital game revenues grew 42 percent in the third fiscal quarter ended Dec. 31, compared to a year ago. The company released Grand Theft Auto: San Andreas, an older game, on iOS and Android mobile devices during the quarter. Those games did well with “modest development costs and no marketing spend,” Zelnick said.

He said that the company has created games specifically for mobile but with limited success. He said that over time, he believes that mobile games will be able to run console-like 3D games with outstanding graphics, but that time isn’t quite here yet.

Separately, Zelnick said that Rockstar has a lot of GTA V downloadable content in development.