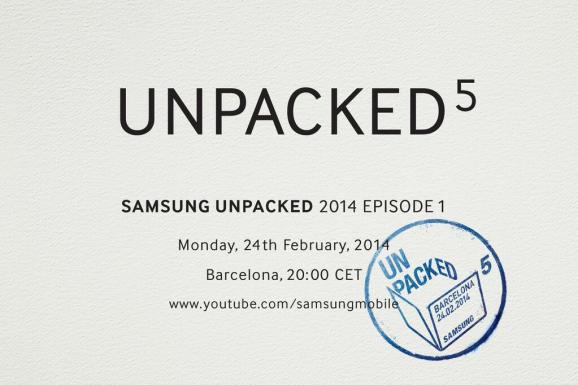 Android lovers craving a phone upgrade might want to stave off the temptation for another month or two.

Samsung recently sent out press invites to a special presentation at Mobile World Congress in Barcelona on Feb. 24. The invitation also includes a link to the company’s YouTube channel, suggesting that the event will be livestreamed at 11 a.m. Pacific.

Could this be the Galaxy S5’s welcome party? It certainly looks that way, as last year’s “Unpacked” event introduced us to the S4. If the phone does appear, expect the S5 to hit stores around late March or early April, as Samsung tends to hype up its new phones for a month after the reveal.

The device’s rumored specs include a higher-res screen of 2,560-by-1,440, 4GB RAM (which would make it the only smartphone with that much memory), Android 4.4, and a fingerprint scanner. Whether all, some, or none of these features make it onto the S5 will become apparent in three weeks.