Muzzy Lane Software has announced Making History: The Great War, the company’s latest educational video game for both classrooms and recreational play. The multiplayer game allows players to become the leader of one of the great powers during World War I, a conflagration that consumed the lives of tens of millions of people. 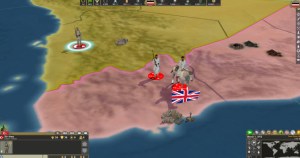 Above: Making History: The Great War

The Great War, which debuts on July 28 to coincide with the 100-year anniversary of the war, focuses on a difficult period in history, but it has many lessons for armchair generals. Such games are becoming more and more popular as well-funded startups are focusing on the education market and are finding that games can be good at teaching. Ambient Insight estimates that game-based learning will grow from $1.5 billion in 2012 to $6.6 billion in 2017.

“We’ve seen an explosion of educational games,” said Dave McCool, the chief executive and co-founder of Newburyport, Mass.-based Muzzy Lane. “People are figuring out that games are good for teaching.”

The game will be released on Mac and the Windows PC. It will be distributed via sites such as Steam, Amazon, the Mac App Store, and Gamers Gate.

McCool started the firm in 2002 at a time when there was little interest in educational games as many “edutainment” companies had failed over the years. In 2007, the company launched Making History: The Calm & the Storm. Similar to the Axis and Allies board game, The Calm & the Storm was a turned-based strategy game where players had to learn basic industrial, economic, resource, diplomatic, and military strategy. It was much like the Civilization game series, but it focused on World War II. 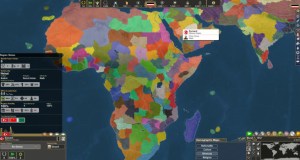 Above: Making History: The Great War. More than 100 countries are represented.

The first title allowed up to eight students to play against each other as the heads of different factions, and it had ways for teachers to measure what the students were doing in the game. The company followed it up in 2010 with Making History II: The War of the World.

The games weren’t giant sellers, but with 100,000 copies sold, they were enough to keep the company going as the education market grew hotter. Muzzy Lane spent time developing its educational business, and now it is stepping up its presence with commercial strategy games. The Great War title is the first in a series of such games.

“It’s a grand strategy game, and not all of it is military,” said McCool. “You can learn a lot about economics and diplomacy. As a period, it was non-ideological. Countries chose their allies based on what they could get out of it. Italy and Romania were bid for. And if you help out one party, you piss someone else off. The more we studied it, the more we saw a grand strategy opportunity.”

In the new self-published game The Great War, you lead one of the great powers such as Germany, France, Russia, the U.S., Britain, or Austria-Hungary. The object is to fend off attackers, make alliances in the name of survival, and grow your empire. You can also take on the role of the leader of a small country where the object is not to get extinguished. Players can organize their conquests into colonies or puppet states. You can undermine your enemies by funding the opposition or sparking a civil war. You can also race to research and deploy new technologies such as tanks, warplanes, and submarines. You can launch poison gas attacks but face retaliation for it. 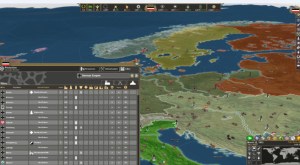 Above: Making History: The Great War

Fighting wars with neighbors is also complicated. Austria-Hungary wanted to snuff out Serbia, but Russia wouldn’t let that happen. Muzzy Lane will provide classroom guides for the game. The game runs from the years 1910 to 1920. The look and feel are much like a virtual version of a Risk-like board game. There are 100 countries represented, but most games have about eight to 16 players.

“There are a lot of great player decisions that can come out of this,” said Chris Parsons, the product manager at Muzzy Lane. “Warplanes first show up. Submarines. Bombers. Tanks. And artillery becomes huge.”

The art style is realistic, but the maps are strategic. There is no combat on the scale of individual soldiers. You look at lots of charts, maps, and overlays.

It’s a lot more depth than you’ll typically find in a military-action game or a first-person shooter on the consoles. But Muzzy Lane is used to diving in deep into educational projects such as Government in Action, a 3D multiplayer game that the company created with McGraw-Hill Education. In that game, you play as a member of the House of Representatives. Your job is to pass legislation and get reelected. The game is being sold for classrooms now.

Muzzy Lane is also working on language-learning games with McGraw-Hill. It even created a game to help people quit smoking. Altogether, Muzzy Lane has eight major educational game projects under its belt. The games have won multiple awards, and the company has received a number of grants.

McCool said that the company is shooting for a broader market than just schools. Mobile is becoming a bigger priority, but Muzzy Lane plans to deliver games on all platforms.

Muzzy Lane has 25 employees, and it has been internally funded for 12 years. 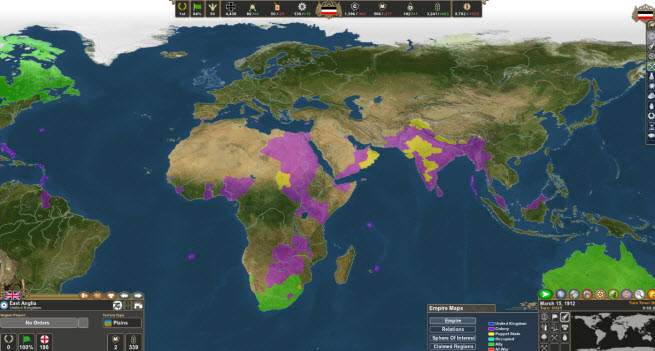 Above: Making History: the Great War