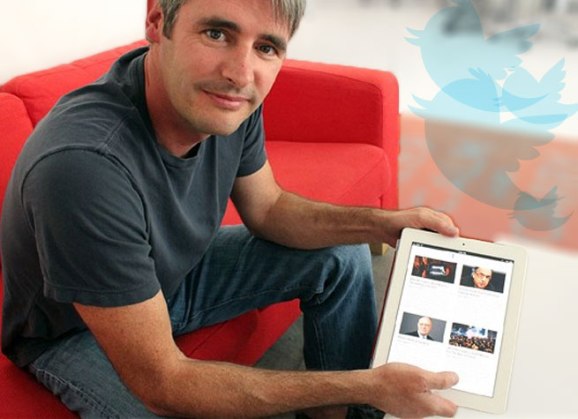 Airbnb, Tinder, Yplan. These youth-focused, mobile-savvy companies are all seeing rocketing user figures and phenomenal growth. But they didn’t disrupt the travel, dating, or box office bookings markets. That had already happened thanks to the likes of Expedia and eHarmomy.

So how was there room for these companies to gain such big footprints in these markets?

Brick-and-mortar companies were hit sideways by the first Internet companies disrupting their markets — such as Expedia or Lastminute — and failed to react until it was too late. Now those very same Internet companies are being hit by a new generation wanting smartphone-centric apps and services, and they’re not reacting quickly enough.

Big companies should take a leaf out of IAC’s book. It launched viral dating app Tinder while still owning the more established online dating brand Match.com. Big, existing Internet brands should be leveraging existing assets like their underlying technology, content, and existing audiences, but also be creating new brands for mobile audiences and promoting these subtly via their existing assets before someone else steals a march.

What big brands could be missing in the mobile world

The reasons are quite straightforward, but as with the early wave of the Internet, it’s too easy to assume that this won’t happen for a while:

It’s happening in online travel, events, dating, and messaging, but there are plenty more categories that are very ripe for this same kind of disruption. And it is likely only those with large infrastructure requirements — such as Amazon — will be totally safe.

Here are seven of the most disruptive players in the space – and their counterparts who missed the opportunity to grab the lead:

Knowing what’s going on in the cities we visit and live in used to be difficult, restricting the coolest bars and events to in-the-know hipsters. Time Out magazine changed this, offering visitors and locals a definitive guide to what’s going on. The magazine, which still distributes in 60 cities and in 11 languages, handled the transition from print to pixels well, integrating users’ ratings and reviews into its own web offering. But in the smartphone era, consumers don’t have time to navigate big event listings. They want to know what’s going on now and nearby – and simply, not with a million listings across a hundred categories.

YPlan has this spontaneity baked into its app, offering users short curated lists of what’s going on tonight, tomorrow, or the day after. By hand-picking the hottest events, the London-based app lets users avoid clicking through pages of spoken word workshops when they’re looking for a grindcore gig. The deal is sweetened with offers exclusive to the app that let users grabs great seats for that sold-out show at a slashed price. Now setting its sights on New York, YPlan is poised to continue disrupting the event booking space.

Used to be that If you wanted great photos, you needed two things: an expensive camera and knowledge of how to use it properly. While exhibitions and artsy magazines used to be the only way for photographers to get their work out there, Flickr gave any photographer the space to showcase their work with the world. Acquired by Yahoo in 2005, the site claims to see 3.5 million new images uploaded daily.

But whereas Flickr let photographers show off their talent, laboriously uploading photos into galleries, Instagram gives anyone that ability. By filtering photos, users can turn dull snapshots into retro-style images. Helped by advances in smartphone camera technology, the app now sees an average of 55 million photos uploaded every day. How many of those are selfies is irrelevant, Instagram has liberated photography and brought it to the masses. Mark Zuckerberg saw the value in it too, paying $1 billion to bring it and its users under Facebook’s umbrella. Tellingly, as Facebook’s brand stales, it’s leaving the super-successful app well alone.

There is no reason Airbnb should be as big as it is. When the firm launched in 2008, Expedia had travel bookings covered and there were dozens more sites offering holiday bookings. There was no gaping hole in the market. There was no explicit demand. So how did an ad for a bed and breakfast posted online to help two roommates make rent turn into a company that hit 10 million stays at the end of last year? Because it’s community-focused, beautifully designed, easy-to-use site resonated with a generation of Internet users looking for more than just an online index of hotels. Airbnb gets that, today, design is everything. It gets that we are moving toward a sharing economy. As consumers get more comfortable with sharing online, as online socializing becomes more baked in, there is an expectation that they can connect with other users. They don’t just want a hotel in a city. They want a home away from home. They want to rent a treehouse or a canal boat or a castle if it takes their fancy.

Airbnb has barely invested in marketing. It’s only just launched its first major ad campaign. Until now it’s pretty much been word of mouth. For a firm that now has 500,000 property listings in 33,000 cities across 192 countries, that’s more than impressive. For the old guard, like Expedia, it’s terrifying. Airbnb focuses only on the accommodation booking element of online travel. It does it very well. The firm has no stated plans to expand this to other travel reservations like flights or car hire, but it’s only a couple of strategic partnerships with someone like Skyscanner away from becoming a real threat to the online travel space.

Sharing photos once meant spending Christmas Day watching frustrated parents try to unjam a slide machine or passing a Polaroid to a friend. Then, suddenly, social networks made it so people could share images with everyone they know. From that social scrum, Facebook emerged as the clear winner as a hub for sharing glossy online photo albums. But as Zuckerberg continues his quest to absorb the earth’s entire population into Facebook’s user base, the youth are revolting.

Recent updates to the social network privacy settings have made it harder to hide images from the tentacles of Facebook’s graph search, and teenage users aren’t so keen on their grandparents being able to see that photo from their 18th birthday parties. Private networks are cashing in on teenagers’ millennia-old quest for privacy, and none more so than Snapchat. The ephemeral photo app, that lets you send images and video that will self-destruct after viewing, is one of the few successful social apps that stands totally distinct from Facebook, and teens love it.

Snapchat now sees some an average of 400 million self-destructing images and video sent through the app each day — 50 million more than Facebook gets (Instagram not included). Could a simple photo app really take down Facebook? Probably not. But Zuckerberg’s $3 billion offer highlights the threat it poses. If it can iron out security breaches and shake off its sexting wrapper, Snapchat will continue to be a headache for Facebook.

Skype made long-distance phone calls and exorbitant phone bills a thing of the past. It became an essential desktop icon for everyone leaving home for university, calling home from their gap years, or doing business with a client across the world. Bridging oceans and leaving time zones as the only barriers between laptop users resulted in Microsoft forking out $8.5 billion for the service in 2001.

However, the now decade-old company, for all its 280 million users, missed its opportunity on mobile and let the likes of WhatsApp, Line, and Viber rush in to become the go-to communication apps for mobile-first millennials. Private messaging app Whatsapp now counts 400 million users, sending more than 50 billion messages every day. Whatsapp is disrupting more than just Skype, though, handling 8.3 trillion messages last year and overtaking the 8.16 trillion sent via traditional SMS, cutting into operators’ revenues. If the company can find a way to properly monetize, as well as compete with Asian players like WeChat and Line, then it might conceivably bury the wasted opportunity of Skype.

Flipboard isn’t a direct competitor to News Corp. But the news aggregator app does represent a missed opportunity for the media giant to be a major player in the mobile news space. News Corps’ tablet-only publication The Daily failed to take off. On the digital side, the firm has moved to put titles like The Times and The Sun behind a paywall, but for now the former remains firmly in the red. The problem is, while niche papers like the Financial Times’ paywall strategies are paying off because their readers are willing to pay for specialized content, broader papers like The Times will struggle to find a paying audience.

Meanwhile, Flipboard goes from strength to strength. The firm raised $100 million to hire employees for its sales and engineering teams at the end of last year, bringing Flipboard’s valuation to $800 million. The company claims to have passed the 100-million-user mark and recently started including Reuters content in 12 languages as it seeks to boost the amount of content on its site. The company also recently moved beyond magazines and into e-commerce with curated shopping catalogs. News Corp. could learn a thing or two from its growth.

7. How IAC Got It Right With Tinder & Match.com

People that talk about Tinder eating traditional dating apps’ lunch might be surprised to hear it’s owned by the same company behind online dating stalwart Match.com, IAC. Now — and this is the surprise for many — here’s an example of a company taking the right approach.

IAC created, pitched, and launched Tinder via its Hatch Labs as a standalone app aimed squarely at young mobile-centric consumers. It didn’t try to adapt Match.com, because the company’s mobile approach wouldn’t have suited that particular brand. And frankly, it would have scared Match.com users off. More of the old guard should be adapting the firm’s strategy and inventing new youth-focused brands to survive.

Tinder continues to set the digital dating space alight as a cool kid on the block. The dating space used to be all about lonely-hearts columns. Then it was endless questionnaires, profile browsing, and messaging on sites like eHarmony and Guardian Soulmates. There’s still a big market for that, but now it’s all about Tinder’s game-like Facebook-integrated app that lets users swipe-rate a stream of profiles from girls, guys, or both. If there’s a match, they can chat. It’s that simple. And that’s why, around one year after launch, its users have rated 13 billion photos — with 3 billion coming in August alone — and claims it counts 2 million matches per day. Engagement among users is sky high. The firm says average users check the app about 11 times per day for seven minutes at a time. Sure, it’s not for everyone. But reports of growth in users in their forties suggest its influence on dating will only continue to grow.

And here’s just how much funding has been chasing these companies to exploit this opportunity: The venture capital world knows the scale of the opportunity to displace existing brands.

Nick Gregg is CEO of StrategyEye, which helps executives monitor and interpret global corporate activity and trends in the technology industry. You can reach him @StrategyEye and @NickGregg.