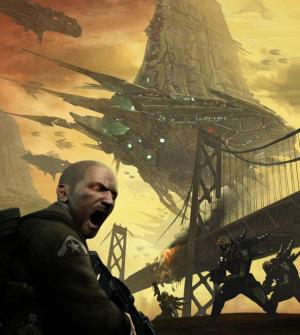 Ted Price, the chief executive of Insomniac Games (the maker of Ratchet & Clank) for the past couple of decades, and former Microsoft Game Studios chief Ed Fries (who snagged Halo for Microsoft) gave some very different but very personal talks about leading creative teams. Both showed the vulnerable sides of running big operations and why their career paths have taken different turns. Their advice is instructive for anyone who wants to succeed in the game business. And the part where they admit their hardships is the most valuable, and it was something that they would only do in front of their peers.

Price wrapped his confessions into a talk entitled “Trust and Ballz: Walking the Creative Tightrope.” He said it’s obvious that you should trust the people who you hire to build your game. But in an era of huge creative teams, that’s easier said than done.

“When we are the expert at anything, it’s hard to admit that anybody else can do it better,” Price said. “But that’s ridiculous. The hard part is to admit that everyone else on your team has just as much on the line as you do.”

Your people deserve your trust. You should delegate work to them and stay out of their way, Price said. But in 2005, when Burbank, Calif.-based Insomniac was working on Resistance: Fall of Man, a launch title for the PlayStation 3, Price didn’t do that. He was the CEO of the company but also the creative director on the project. It was a “brutally tough project,” he said.

When the game came out, it was successful, and Price was riding high. But afterward, one of his top managers came in and told him, “I have no idea why you are the creative director on this project. You’re supposed to be a CEO, and you’re not doing a good job at that either. You were a total bottleneck. That guy had balls, and I fired him immediately.” (Actually, Price said he was joking about the firing.) It was a good lesson that he didn’t delegate enough.

Price gave up the creative director role on the next sequel, but his managers were “terrified” that he would butt in. And justifiably so, he said, “Because I did all of the time. What I didn’t realize [was that] I was stripping away the creative authority I had delegate. My comments often resulted in changes to the games that drove our creative directors absolutely up the wall.”

One of them came into his office and said, “I don’t care anymore. Just tell me what you want me to do.”

Price said, “That statement shook me. It was like a shovel to the face.”

Price said it was his own decision to get rid of a “weapon wheel,” a circle that came up on a user interface where the player could easily choose between many weapons to use against an enemy. For Resistance 2, the weapon wheel was gone. Critics and players hated it, and the review scores reflected that. Price took the blame.

So for Resistance 3, Price finally backed down. “I had to fight my own desire to be at the center of the creative storm,” he said. “Our games can’t succeed unless those in charge are really in charge.”

As CEO, Price turned his attention to removing roadblocks. He had to deal with distrust on the team by removing people who were in the wrong positions. He tried to build trust by enabling creative transparency, fostering communications, and allowing mistakes. He said the “need to have full transparency never wanes.” He wanted to know if people were just being polite or were only saying what they think you want to hear.

If leaders make mistakes and then admit them and show their own vulnerability, then it becomes clear to everyone that it is OK to make mistakes. Price admitted to the whole team that his insistence on the weapon wheel was a big mistake. He apologized to them. And these days, he still expresses his creative opinion, but he defers to his creative directors. He thinks of himself more as an editor, not an author.

“I wanted people to feel good about going for it,” he said. “If we never admit mistakes when we make them, that’s a fail.”

When you delegate, Price said, it’s also important to be precise about holding people accountable and making sure they meet deadlines. That’s not easy in a creative company, but it’s necessary to have that discipline. In order to do all of these things, Price said it takes courage. That’s why after two decades, Insomniac is still independent and making huge games.

He calls that “ballz.” 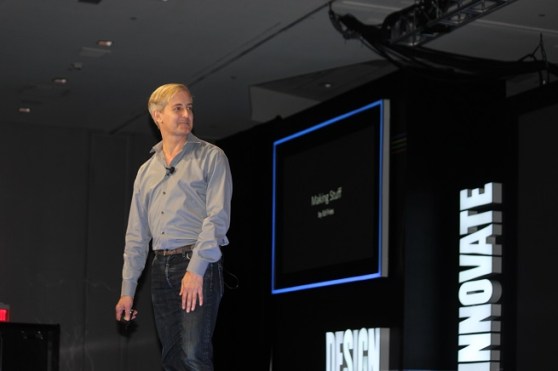 Fries also gave a highly personal talk that he called “Making Stuff,” and it was all about learning to build things and be creative.

Fries had a very successful career over 20 years at Microsoft. He traced his creative urge to build things to his father, who was an engineer at Boeing. Fries said that his father always came home after a day of designing aircraft to design more radio-controlled toy aircraft at home.

One day, Fries took control of one of his father’s planes and crashed it. He wondered why his father didn’t get mad at him. The answer was that his dad had crashed about 10 other planes in his own quest to learn how to build and fly them. Fries saw the important thing was that his father had a passion for planes and the skill to put that passion into practice.

When Fries was growing up, his passion wasn’t airplanes. It was video games. He loved playing games in the arcade like Pong, Space Wars, Asteroids, and Missile Command. Fries used his dad’s old programmable calculators to learn how to program. He built his own games, like a Frogger clone, and made money creating them by the time he was in high school. 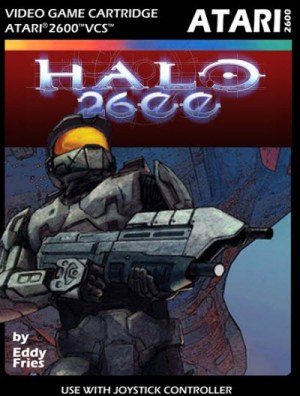 Then he went to college and made his way to Microsoft at age 19. He was a talented programmer and rose up the ranks over a decade as Microsoft fought the Office wars — as Microsoft’s Word defeated Word Perfect and so on. Then, at one point, his boss told him that he should run his own division. Fries told him he wanted to take Microsoft into the game business.

For eight years, he led Microsoft’s charge into games. During his tenure, he had 18 games that sold more than a million units. He showed a video montage in his DICE talk that included Microsoft-published games like Close Combat, The Neverhood, Monster Truck Madness, Flight Simulator, Age of Empires, Mech Warrior, Crimson Skies, Freelancer, and Dungeon Siege.

He was also an instrumental part of creating games for the Xbox, which Microsoft debuted in 2001. He quickly rounded up dozens of games, including Halo, Fable, Project Gotham Racing, Psychonauts, and Gears of War. The Xbox launch was successful, but as Microsoft lost money on the hardware, Fries felt things began to change at the end of 2003.

“The walls that I built between my group and the rest of the company began to break down,” he said. “And after one particularly bad meeting, I had what I can only describe as a vision. I saw myself leaving Microsoft for the first time.”

He saw that, like the Ender character in Ender’s Game, he had set in motion forces that would destroy what he built. Fries didn’t go into details. He resigned in 2004. At DICE, he showed images of stories about Microsoft’s decisions to shut down game studios such as the Flight Simulator studio, Fasa Interactive, and other major teams.

When he left, Fries realized that he had a gift. He had been so successful at such a young age that he could retire and then think about starting a second life. He was distraught over the shutdowns. But three things saved him.

He started helping people. He invested in game companies but mostly offered advice to them. He met with all sorts of people whose projects were canceled and helped them start new ones. That’s his full-time job now.

“I’m a friendly face to have coffee with,” he said. “All you gotta do is ask.”

He also went back to making stuff. He started Figure Prints, a 3D printing company that makes World of Warcraft figurines based on the designs of avatars that players create in the game. He also made a cute 8-bit version of Halo, dubbed Halo 2600, that used only 4,000 bytes of memory. He ignored any offers to run a big company again.

And he had two children, who are now 9 and 11. They are learning to program games inside game worlds such as Roblox and Minecraft.

“The biggest thing for me was the chance to be around my kids as they grow up in the last 10 years,” he said.