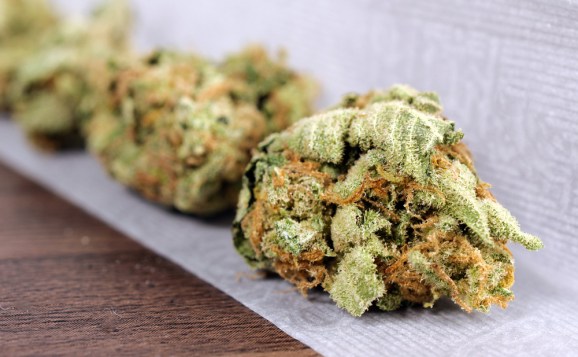 A few marijuana dispensaries in Spokane, Wash., have embraced the virtual currency for marijuana.

Now you can use Bitcoin to buy marijuana without turning to an underground drug marketplace like the Silk Road.

Bitcoin wallet services aren’t infallible: Last year, hackers attacked wallet services like Inputs.io and Instawallet, making off with thousands of Bitcoins. But for pot shops, which regularly accrue piles of cash in back rooms and safes, Bitcoin is arguably a safer form of payment.

The federal government is working on rules to help lawful marijuana businesses gain access to the American banking system, said U.S. Attorney General Eric Holder two weeks ago. In the meantime, more dispensaries are likely to turn to Bitcoin and other online currencies. Some larger companies started accepting Bitcoin payments in January, including retailer Overstock.com and social game company Zynga.

At the time of publication, one Bitcoin is worth $851 on Mt. Gox, one of the world’s largest Bitcoin exchanges. Many people invest in the virtual currency like a commodity, but long-term Bitcoin believers are eager to see more businesses accept Bitcoin so it becomes more stable and legitimate as a currency.

Marijuana is now legal for recreation use in Washington and Colorado and for medical use in 20 states and the District of Columbia.