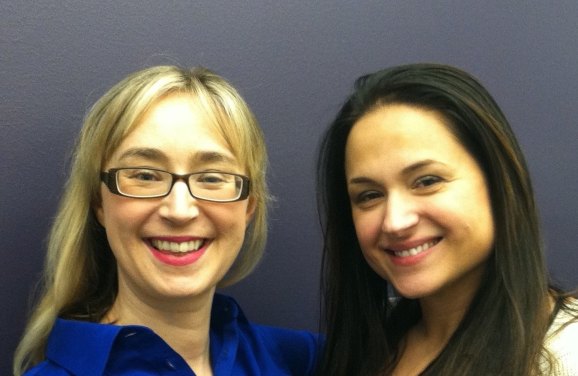 More Americans than ever are saying no to pesticides, chemicals, and hormones in their food.

The company is unusual for a couple reasons. Two women — Christina McAlpin and Candace Sweigart — founded it, and they both have toddlers. It is based in Boise, Id., and it is tackling the farming industry.

“I grew up on a farm in Virginia, and my family had a coffee farm in Costa Rica,” McAlpin said in an interview. “Farmers would load up the back of their truck and drive around to see if anyone wanted anything on that day, but this creates potential for waste and missed opportunities. I thought we needed a database to support the existence of small farms and make it easier for restaurants and grocery stores to buy local.”

The number of farmers markets in the U.S. has grown by 365 percent over the past 20 years. Farmers markets generate more than $1 billion in sales a year. McAlpin said that people are demanding local food and businesses need to jump on this trend if they want to stay competitive.

But logistics are a huge barrier to ordering local food. “There is potential here not begin realized because of the difficulties in making ordering happen,” she said.

Direct Local Food offers a marketplace where farmers can post what they are selling, and grocers and restaurants can search through the options and place orders. There are also tools for farmers to manage their inventory and sales online and track orders. The site aims to foster long-term relationships between buyers and sellers.

It has built a network of 1,100 farmers and 500 wholesale buyers in an effort to move the local food movement forward, and it is now funneling effort into deepening its national footprint. The duo is also developing a mobile app that will make it easier to do business out in the field (literally).

The issue of women leaders and women developers has attracted national attention recently. Only 3 percent of tech startups are formed by women, and women hold only 14 percent of executive positions. Female software engineers are also a rarity.

“Getting into the field was a challenge, because I was always encouraged by educators to go into communications or media,” Sweigart said. “Up-and-coming women technologists are dwindling, and I’ve had to battle stereotypes.

However, Sweigart said her meetings with McAlpin are the most efficient and collaborative she has ever experienced.