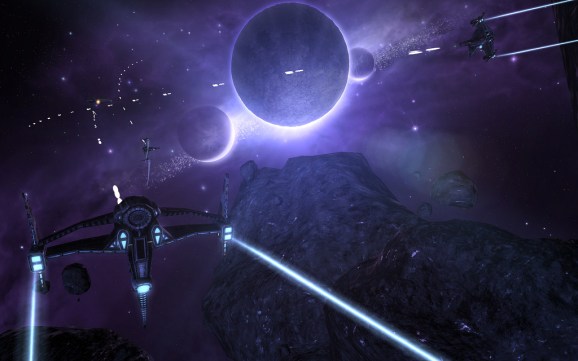 As open-source cloud software OpenStack picks up more and more momentum, public-cloud providers are thinking hard about how much they should support OpenStack when many of them already have their own proprietary systems.

IBM is looking to make that an non-issue.

The company’s SoftLayer cloud business has come up with middleware to connect the application programming interfaces (APIs) that OpenStack uses with the APIs that public clouds use. And the company has released that middleware, called Jumpgate, under the MIT open-source license.

“Externally, it exposes endpoints that adhere to OpenStack’s published and accepted API specification, which it then translates into the provider’s API using a series of drivers,” IBM SoftLayer engineer Nathan Beittenmiller wrote yesterday in a blog post about Jumpgate. “Think of it as a mechanism to enable passing from one realm/space into another — like the jumpgates featured in science fiction works.”

“Given that OpenStack has its own set of APIs, it’s natural that players like IBM will try to build translation layers and abstraction layers,” Mårten Mickos, chief executive of private cloud company Eucalyptus, which supports the APIs for public cloud Amazon Web Services (AWS), wrote in an email to VentureBeat. “They must do it in order to bridge out to the rest of the cloud world.”

While IBM presumably sees its Jumpgate middleware as an way to get new public cloud business from companies running OpenStack, the bigger impact is the fact that Jumpgate could help companies bridge the gap between OpenStack and AWS, whose cloud is more widely used than IBM’s.

Cloudscaling cofounder and chief executive Randy Bias and other cloud commentators have been pushing for OpenStack to become more compatible with AWS, because it’s such a prominent public cloud.

Now it seems their wish could be granted. At the same time, Jumpgate is vendor-neutral, which is good news for companies that want more than just one public-cloud provider option.