It’s been four months since Faith, the first part of developer Telltale Games’ new episodic series The Wolf Among Us, came out, and we liked it quite a bit. Episode 2, Smoke and Mirrors, came out this week on Steam, the Xbox 360 Marketplace, and the PlayStation Network, and it picks up immediately after the first chapter, which ended with the slow-motion reveal of a major character’s severed head.

This installment continues Sheriff Bigby (i.e., Big Bad) Wolf’s color-noir investigation into a series of Fable murders, and if the conclusion of Faith seems pretty tough to follow, that’s because it is, and Smoke and Mirrors can’t quite keep that momentum going.

Don’t get me wrong; it’s still pretty damned good. But a few persistent issues and some gameplay choices keep it from being completely satisfying.

Everything under “What you’ll like” from the Episode 1 remains true: The writing is great, it looks amazing, and it’s just cool to see how different Fables interact. About halfway through Smoke and Mirrors, we meet one character under some pretty undignified circumstances. In the next scene, she introduces herself, and this reveal is surprising, shocking, and makes the previous scene even worse — and it was already completely gross.

Player decisions are also still interesting and feel weighty. Most of them deal with how Bigby approaches his investigation. When interrogating a suspect, do you punch him or show (relative) kindness? Do you threaten to smash up a room or just go ahead and do it? Characters react realistically to your choices, and some options work better than others depending on whom you are dealing with. It feels like everything you do matters, which is kind of the point of games like this.

I don’t need to be punching or killing something to enjoy a game, but Episode 1’s brawl between Bigby and the Woodman was one of the most memorable sequences of that installment. When I played Smoke and Mirrors, I had two fights; both of them were short, and one of them served mainly as an interesting way to open a locked door so the investigation could continue.

It’s odd that someone who is as burned out on quick-time-event laden franchises like God of War as I am would ask for more of them here, but Telltale managed to create QTE system that feels dynamic and actually interactive, and I miss it in this one. 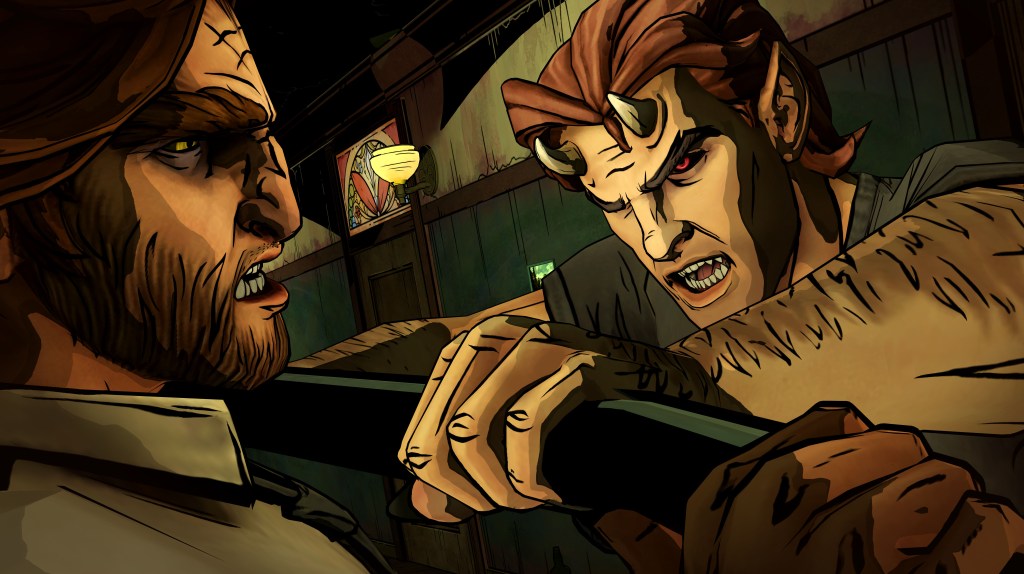 Above: Soak this up because it is fleeting.

You still can’t turn off the influence indicators

The Wolf Among Us tells you when your actions affect how other characters think of you. “Crane will remember this,” it will say, or, more sinisterly, “Tweedledee won’t forget this.”

The Walking Dead did this, too, but it also had an option to turn these messages off. And that’s exactly what I did, because the last thing I want to see after finally making a difficult decision is a little box of text popping up like an Xbox Achievement or a PlayStation Trophy. It breaks immersion and makes me feel like that thing I just spent so much time pondering and weighing pros and cons was little more than a widget moving up or down a scale.

And when the consequences of my decisions emerge and one character treats me a certain way because of a choice I made, I’d like to think, “Oh, right. Because I did that to him.” Not, “Oh, right. The game warned me about this.” 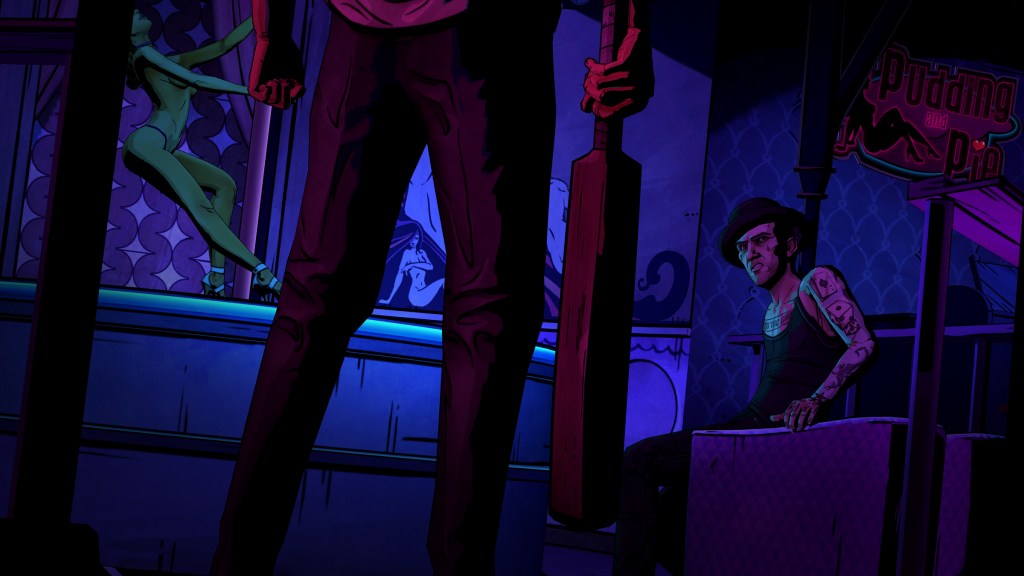 Above: Most of your choices come down to, “Do I hit this guy or not?”

Smoke and Mirrors has plenty to like, but it doesn’t quite live up to its impressive prequel. I miss the first part’s abundance of action sequences, but the dialogue and storytelling are still among the best around. And I would still like to turn off those annoying notifications.

The Wolf Among Us Episode 2: Smoke and Mirrors is out now on Xbox Live Arcade, the PlayStation Network, and Steam for PC and Mac. The developer provided GamesBeat with a free Xbox 360 download code for this review.