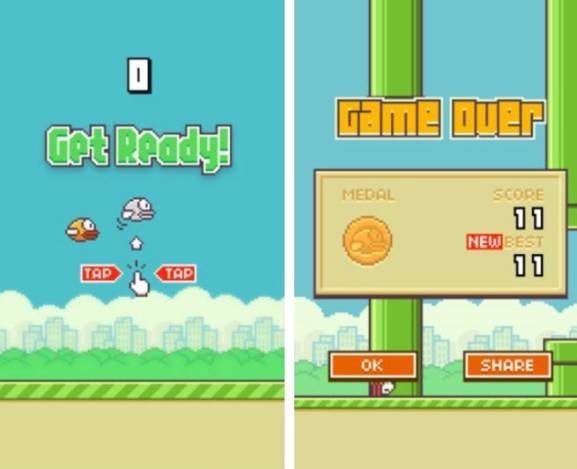 Flappy Bird isn't in mobile app stores any more because it's too addictive, says its creator.

Flappy Bird is going the way of the Dodo.

Creator Dong Nguyen of DotGears Studios has announced on Twitter that he’s removing the popular Android and iOS game from mobile app stores.

It is not anything related to legal issues. I just cannot keep it anymore.

Known for its simple yet difficult gameplay, Flappy Bird is currently the top free app in the Google Play and Apple stores. It’s been downloaded more than 50 million times and is earning Nguyen an estimated $50,000 per day from in-app ads, according to The Verge. Nguyen just updated it yesterday, making changes that improve the gameplay and look.

Yet there are signs Flappy Bird’s viral success has led to its downfall.

I can call ‘Flappy Bird’ is a success of mine. But it also ruins my simple life. So now I hate it.

The move has certainly gotten attention. The hashtag #flappybird is No. 1 in trending tweets on Twitter right now, ahead of #Olympics2014.