Generally speaking there are three types of exits: going out of business, getting acquired, and going public. Often overlooked but important to keep in mind is what I call “The Trapped in Amber Company.” It’s too big to shut down, and it generates modest cash from operations, so there is no imminent financing event to push the point. But it is not big enough to go public, and it is too insignificant to be an acquisition target.

Well, there are three reasons not to do that.

1. It ruins your focus. As a former CEO, I most dislike how a focus on acquisition shifts the burden of creating success to the M&A department and takes it away from the startup management team. One of the exhilarating things about running a startup is the sense of really being in charge. If you’re driving to create a new market or to wrest away the top position in an existing one, you’re in charge. If you’re waiting for that late night phone call that might lead to a conversation that might lead to a visit that might lead to a term sheet with a host of legal loopholes, then you’re a spectator.

2. It changes the makeup of your team. Presuming you’re going to be acquired is going to color your judgment to a surprising degree on virtually every decision you make. Take one of the most important things the startup leader has to do: build a world-class team. It’s very hard to hire the aggressive and sometimes abrasive personalities it takes to shove existing market players around if your vision is to get bought and let someone else run the shop. One of the large companies that initially blocked some of Epigram’s efforts before becoming one of our biggest friends told us, “What you’re trying to do is climb Mt. Everest naked, and without oxygen.” The kind of personality that revels in that kind of challenge is probably not going to be inspired by a dream of getting bought by a big bureaucracy.

Furthermore, when prospective candidates are interviewing with you, your view of the company’s exit potential is going to come out whether you intend for it to show through or not. In my first startup, I’d guess that roughly half of prospective employees always asked me if our goal was to be acquired.

You cannot duck that question. You must answer it directly and forthrightly. Any other response will drive away the ‘A’ players everyone wants to recruit.

By the way, my answer always was “No. We’re building a really big business here. The best way to build a big business is to drive to a public offering of our stock because it leaves no doubt about the scope of our ambition. If someone makes us an offer we should not refuse, we’ll deal with it when and if it happens. However, the plan of record is to go public unless someone gives us an even better option.”

3. It actually lowers your chances of an acquisition. Sophisticated buyers can smell that you’re desperate for an acquisition from quite a distance, and it will invariably lower the price they’re willing to pay. Both during my time as a VP/GM at 3Com and later Broadcom, who bought my first startup in 1999, my “night job” was to find promising acquisitions and help get them sorted and closed if they made the cut. The deals for which we paid a lot of money were always people for whom we had to go looking. They didn’t come after us because they were too busy building great businesses. That doesn’t mean we didn’t get approached a lot. It just means the people looking to sell were usually not “A” players and hadn’t built up much value in their companies. There’s an old adage that companies are bought, not sold. In my experience, that’s certainly true for the transactions with great outcomes.

So is the moral of this piece that getting bought is bad?

Heck, no! When Broadcom bought Epigram, my team was welcomed with open arms and given what we needed to build a multi-hundred million dollar line of business out of what we had invented. We saw Broadcom grow by tenfold in six years and contributed directly to a fair piece of that growth. It was a terrific outcome in all respects.

Rather, the moral is that building a startup to be bought actually weakens your chances of a great acquisition, and most certainly produces a weaker startup than it could have been. Being bought can be a great outcome, but it is a poor goal toward which to steer your startup. 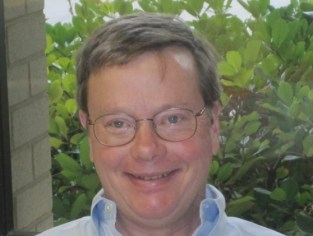