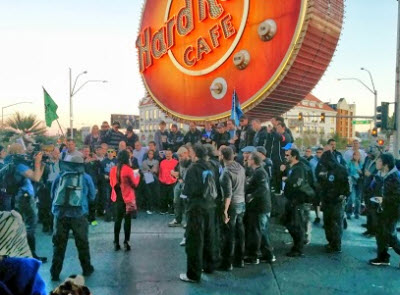 Above: The Ingress live event drew two factions to the Hard Rock Hotel in Las Vegas.

GamesBeat: It seemed like the relevant talk for you might be the Dice talk by CCP Games chief Hilmar Veigar Petursson, where he’s talking about making virtual life meaningful.

Hanke: I saw that one. It was interesting. I kind of disagree with his core thesis.

GamesBeat: You’re putting the game into the real world.

Hanke: Yeah. I think we make the real world better. We’re spicing up real life. We’re not trying to replace it with some completely different alternative. For personal happiness and all that, just walking and moving and exercising. There’s a book called Spark, which is about the effect that exercise and movement have on the brain, in terms of your cognitive ability and your emotional state. Exercise and movement are really critical to good functioning of the thought process and your overall well-being.

I’m not sure how things will work in a virtual reality future. Maybe you’ll be attached to some of your devices or something. But in the short term, getting outside and moving around and exercising is a really healthy thing for people, and it has the side effect of releasing endorphins and other chemicals that make you feel good.

A lot of the positiveness that people associate with Ingress is partly due to that. It’s partly due to the same responses people have when they have a real social interaction with somebody. It makes you feel good on a physiological level.

GamesBeat: Nintendo’s suggested that a connection between health and games exists for them in the future, too.

Hanke: I saw that in their announcement. With Wii, they pioneered the exercise experience. I’m embarrassed to say, my daughter and my youngest, they play Dance Revolution or something on the Wii? That gets you moving. 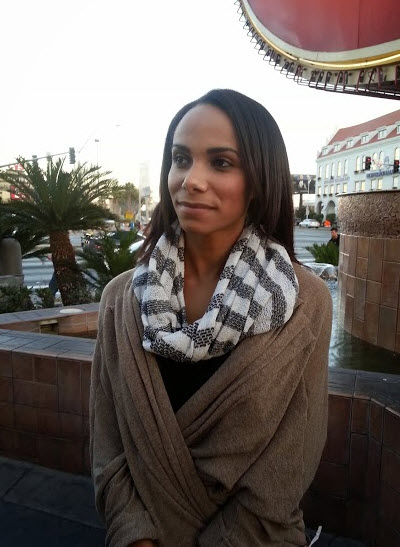 GamesBeat: It’s nice to see gaming moving in directions that are more accepted. Trip Hawkins brought that up, that game creators are viewed as pornographers, and we need to clean up that image.

Hanke: Yeah, well, there are parts of the game industry that are doing innovative things that I think will help change that. Hopefully, we’re part of that. Some of this stuff gets a bad rap. Something like Minecraft is a great game. It helps with cognitive ability. My kids are players. I’m a fan. I sponsored Notch to come give a talk at Google a while back. You shouldn’t paint everything with the same brush.

It’s good to see all the creativity in the game industry. Right now, I think, could be a golden age. You’re seeing a lot of small, creative projects get some airtime, where for a while it was all getting bigger and bigger. There’s a bit more room now.

GamesBeat: Is Google getting more excited about games in general? Do you detect that this is having an effect on the rest of the company in some ways?

Hanke: Google’s always been pretty excited about games. Googlers like Ingress because it’s innovative. It has a strong internal following amongst Googlers. I think with Play and that part of Google, there’s a recognition that games are a huge part of the mobile-app ecosystem. We have a whole separate part of the company that focuses on things like … we have Play APIs for leaderboards and matchmaking and things like that. The company’s excited about games.

GamesBeat: Does a future exist where you’re considered not an outlier within Google but more a part of the main company?

Hanke: There’s a future like that, yeah. We’ll see. Our mission as an autonomous unit is to be free of any restraints and encumbrances so that we can go off and do this quickly, with a lot of focus. Then, we’ll figure out if it makes sense to weave it into a broader corporate strategy. I try not to think too much about that. We want to stay focused on our mission.

Hanke: We’re focused on making the underlying platform available as a set of APIs. The first step for us is to work with some other developers to start making use of that in a very close way, so that we can hold their hand and work with them before these APIs are ready for broad release to everyone. There will be some other games getting built that we’ll have a hand in. But the goal would be to have a more turnkey API, like the Google Maps API, that can be available for people to use, with certain terms attached to it.

With Ingress, it’s our flagship proof of concept. We’re excited about continuing to invest in it and putting all of our good ideas into Ingress. But my expectation that other people will have lots of good ideas, too, that by definition we didn’t think of. That’s my hope, at least, that people surprise us with other innovations in this space.