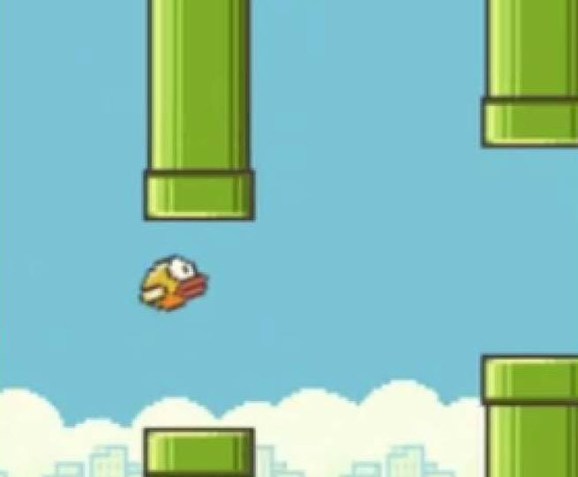 Michael Silverwood is an Operating Associate at Tandem Capital.

If you’ve ever released a mobile app or game yourself, you’ve probably been asking yourself this same question through the whole Flappy Bird saga: how the hell did this game get to #1 in the App Store in the first place?

Sure, lots of articles have talked about how it “went viral” and why its gameplay is “addictive” — but as most app developers know, these are rarely the true drivers of initial growth. Yes, you’ll need a kickass product and if you can design it to be inherently viral you’ll have a huge advantage, but before those attributes can have any impact you need your first critical mass of downloads.

So how does a game with zero marketing spend shoot to the top of the App Store rankings, a spot that many have estimated can cost over $80,000 through paid customer acquisition? I’m convinced that in Flappy Bird’s case, it all came down to user reviews.

To understand why, you first need to know how the App Store’s ranking algorithm works. Apple obviously doesn’t make this public knowledge, but anecdotally app developers have come to believe the current iteration works something like this:

Flappy Bird jumped from nearly zero downloads to thousands back in December, something that is usually achieved through paid marketing (buying installs). However, there is no evidence that any money was spent on traditional user acquisition, so how else could an app rise up the rankings this quickly?

Most developers focus on number of installs, but the important thing to note here is that Apple also pays close attention to user reviews and engagement. Some have suggested that Flappy Bird developer Dong Nguyen might have used a bot service initially to download and review his game, and while this could definitely have sparked the first small wave of downloads, it seems that something even simpler could have been responsible for the wave of user reviews to come: a dark pattern.

In earlier versions of the game, there was a “rate” button at the end of each play session, and this button was placed in the same location that the player would tap to play. As a result, when the user wanted to continue playing, it was easy to hit the rate button instead. This is known as a dark pattern: when a user interface is designed to get users to do something that they would not otherwise intentionally do. The user reflexively remembers where the play button used to reside as they die, and quickly taps there, opening an App Store review page instead.

From all descriptions of how Dong Nguyen designed Flappy Bird and apparently lucked into its success, this button placement could have been chosen by chance as well, but what’s important is that it made user reviews relative to installs skyrocket.

By scraping the game’s iTunes data, Zach Williams was able to find that by the time it reached #1, Flappy Bird was receiving 400 reviews per day. One day later, it hit 600 reviews a day, and by the end of January it was receiving more than that per hour. To put these numbers into perspective, App Annie reports about 400,000 total US reviews for Candy Crush after almost a year and a half on the App Store, while Flappy Bird managed 700,000 US reviews in about a month. Once it hit this scale, writing hilariously detailed iTunes reviews of the game became a viral phenomenon, and the dark pattern was unnecessary and patched out in an update.

Although user reviews were definitely not the only contributor to Flappy Bird’s success, I believe the role they played was extremely fundamental in the game’s abnormal growth curve, and are one of the game’s most interesting data points. For a deeper dive into the review numbers, check out Zach’s full analysis of the App Store review numbers and let us know in the comments what you believe made Flappy Bird such a huge success.