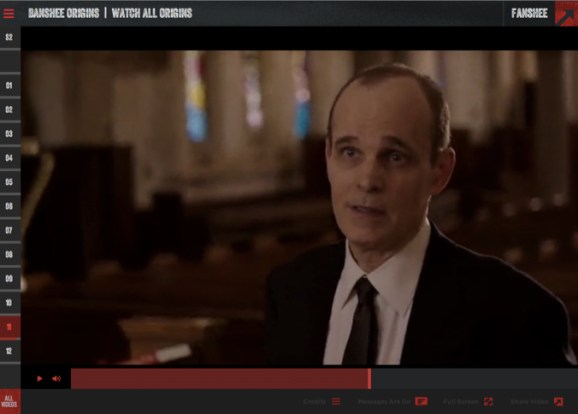 There’s no love lost for websites built entirely out of Flash — but now that they’re out of fashion, it’s difficult to implement dynamic, video-heavy interactive websites.

Rapt Media, a startup that’s focused on interactive video technology, believes its has a solution. Today, the company is introducing the latest version of its video platform that includes Site Pairing technology, a new feature that lets videos communicate with their surrounding websites and vice versa.

While it may sound like a simple feature, the company’s patent-pending tech allows for far more flexibility when creating video-focused websites. And now, you won’t have to worry about loading Adobe’s sluggish Flash plugin just to view those sites.

Cinemax was the first to adopt Rapt’s technology. It uses the tech for the website of its Banshee TV series, which uses it to display helpful background messages during videos. Trautman tells me the Site Pairing tech is useful for marketing as well — it can help you understand where your leads are coming from, as well as give you ways to implement fun videos to increase shopping conversions.

“Old Flash sites used to do this, but it was hard to create and hard to hook up,” Trautman said. “We want to make it so that it’s infinitely replaceable and scalable.”

Trautman said Rapt is now working with a large enterprise company for its interactive video technology — though she couldn’t specify which one.

Rapt Media changed its name from Flixmaster last year as it expanded its focus from enterprise and mainstream users. Today’s announcement, which is as much about web development as it is online video, proves the company’s broader focus.

Boulder, Colo.-based Rapt Media has raised around $3 million so far from Golden Seeds, Straightline Ventures, and others.